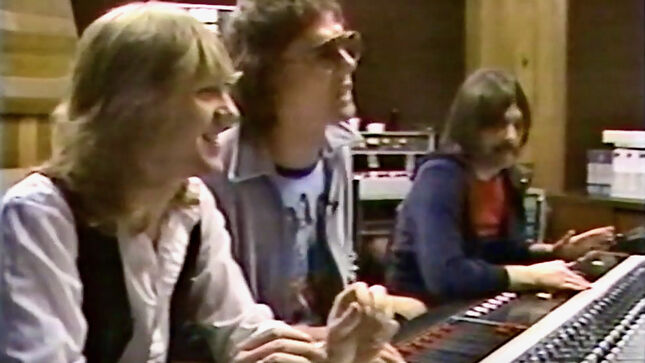 UXB Press has uploaded the video below, blowing the dust off Triumph's feature on Toronto's The NewMusic in March, 1980 in which host JD Roberts (now known as John Roberts and currently working for the Fox News Channel), pays the band a visit at Phase One Studios.

The NewMusic was a weekly music and culture television newsmagazine that aired on the Canadian television stations owned by CHUM Limited: MuchMusic, MuchMoreMusic, Citytv, A-Channel and CP24.