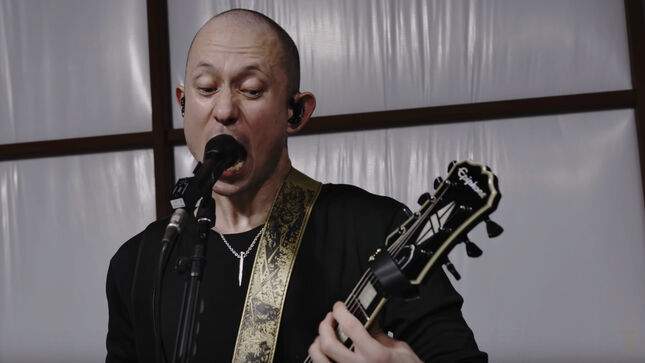 Says the band: "We are pleased to announce two special livestream performances to unfold over two weekends in December live From The Hangar. Our landmark album, In Waves, in its entirety on December 11th and a special set from In The Court Of The Dragon and What The Dead Men Say, titled Deadmen & Dragons, on December 18th. Special guest opening set for both shows from Fit For An Autopsy.

Both streams will be taking place at 4 PM, ET/1 PM, PT/9 PM, BT/10 PM, EU (72-hour video on demand post set). From Cyber Monday, November 29 through Wednesday, December 1, tickets for both shows will be on sale for $20, head over to triviumhangar.com/livestreams to get your tickets!"

The album cover is an original oil painting by French artist Mathieu Nozieres (@mathieunozieres on Instagram).

In The Court Of The Dragon tracklisting:

"In The Court Of The Dragon" video: