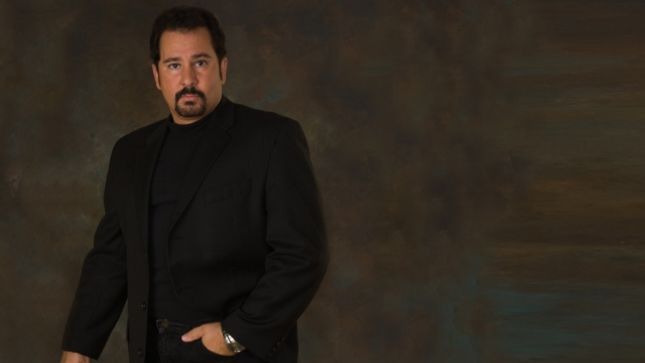 Totally Driven Radio, the weekly radio podcast heard live every Thursday night from 8:00pm – 11:00pm EST recently caught up with Trixter drummer Mark Gus Scott. In the interview below he discusses Trixter recently playing in the UK for the first time, plans for another album, playing a celebrity softball game with Donald Trump and spending the day with him, working with working with Marvel and Stan Lee, and upcoming shows with Lita Ford and Bobby Blotzer

In August 2015, Trixter released the official video for the title track of their new album, Human Era, which is out now. Bassist PJ Farley states: "The song 'Human Era' encapsulates not only the record but in essence our career. This video shows a glimpse of every step we took from Trixter's very first show up until our most recent performance in May 2015. It's the kind of video we'd always imagined making. There's great early day hanging around footage as well as tour/backstage footage"

“After the success of our last album, New Audio Machine, we felt more confident than ever in making another top notch album. I’m so proud to say that after more than 25 years of making records, Trixter is getting better and better. Human Era will show the world this band at it's finest,” says lead guitarist Steve Brown.

The new album sees Trixter sticking to their guns and delivering 11 new choice cuts, with a sound reminiscent of their earlier work which they were well known for in the ‘90s. For fans new to Trixter, their sound fits in nicely to an album collection next to Bon Jovi, Def Leppard, Van Halen, AC/DC and even '70s classic rock mainstays.

Trixter’s self-titled debut album (1990) spawned three monster hit singles/videos with “Give It To Me Good”, “One In A Million” and “Surrender”, as well as an RIAA-certified Gold album. Trixter has toured extensively in the United States, Canada and Japan. Trixter has shared the stage with such rock heavyweights as KISS, Boston, Scorpions, Poison, Cinderella, Warrant, Slaughter, Winger, Skid Row, Firehouse, Stryper, Dokken and more. The band recently nabbed the #29 spot on VH-1’s Top 40 Hair Bands of All Time countdown.

“Almost 30 years together and the band is tighter than ever! We are family and that makes everything we do more and more special. The title track “Human Era” really sheds insight into our story,” concludes Steve Brown.