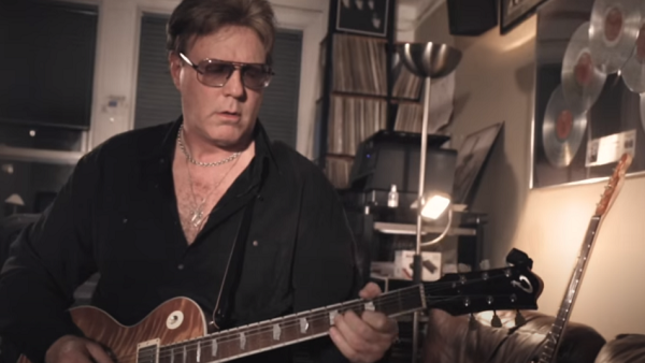 Twisted Sister guitarist Jay Jay French joined The Talk Toomey Podcast to discuss his new book, Twisted Business. He also talks about his early days before Twisted Sister, protesting injustice in the 1960s, and his KISS audition. An excerpt is available below.

French: "By 1972, I had already been in one attempted club band that kind of didn't happen; this is after I stopped doing drugs and went straight. And then I got an audition for Wicked Lester, which became KISS, which wasn't particularly interesting. I wasn't ready, Ace (Frehley) was. To be fair, there were a lot of guitar players who auditioned for the. I don't know who else they spoke to, but I'm sure it wasn't just me. And they picked Ace.

"When they picked Ace, they invited me down to hear the songs transferred from Wicked Lester's poppy rock thing that sounded like the band Looking Glass. And all of a sudden, they had a vision; metal was the vision. They could see it. Gene (Simmons / bass, vocals) and Paul (Stanley / vocals, guitar) are smart, and they had a vision. There was no way to know where it was ultimately going to go, but they already had an idea that they were going to have Marshall amplifiers and be very heavy. And in those days, American bands did not play through Marshall amplifiers, we played through Fenders and MusicMan.

Gene and Paul were impressed by Slade, which was a super-heavy band in England, and of course, Jimi Hendrix, and those bands all had Marshalls, so I think that they realized it. When I went down to see them in September of '72 as KISS, they had just changed their name to KISS. The first backdrop was a bedsheet that goes up, and they were great. All of a sudden, those songs were great, like 'She' was originally recorded with flutes and piccolos - like Jethro Tull - and all of a sudden it was like... (heavy). I said to myself, 'Wow, OK, that's what I want to do.' That was the direction."

Co-written with Steve Farber, bestselling author and one of the world’s top leadership and management experts, Twisted Business follows French’s life from growing up as John Segall on the Upper West Side of Manhattan in the ‘60s - using and selling drugs in Central Park West - to quitting cold-turkey after a near-fatal overdose, to creating and cultivating Twisted Sister, turning it into one of the most successful brands in the world.

“I brought my life story into this mix as both entertainment and cautionary tale,” French says. “Along with my co-author Steve Farber, we seamlessly weave the story of Twisted Sister’s remarkable 50-year history (with many legendary never before told stories) into business lessons that are applicable to every profession and even to life in general. For the first time, the story of the rise, fall and triumphant return of Twisted Sister is spelled out in amazing and often surprising detail.”

French offers honest, funny, heartfelt, entertaining in-the-rock-band-trenches stories, as well as unique, hard-earned tips and advice to anyone hoping to create their own brand, re-invent themselves, grow a business or simply love what they do.

“It's a blueprint on how to survive and succeed against some of the toughest odds in the business,” he says. “The T. W. I. S. T. E. D. method of reinvention (as outlined in the book) will help you turn roadblocks into pathways, chaos into stability and ultimately help you realize a greater quality of life both personally and professionally.”

French started the internationally renowned Twisted Sister nearly 50 years ago and has amassed 37 gold and platinum albums as a musician, manager, producer and executive producer while having performed over 9,000 shows in 40 countries and selling 20 million records around the world. A charter member of the Long Island Music Hall of Fame and the costar of the critically acclaimed documentary We Are Twisted F*cking Sister, he is considered a leading expert on vintage guitars and high-end music equipment.

Though legions of fans know French as the yellow and black-clad guitarist for Twisted Sister, he also shines as a business leader who developed Twisted Sister into a global brand with multiple revenue streams and built it into one of the most licensed heavy metal bands in history. Host of the popular podcast The Jay Jay French Connection: Beyond the Music, French is also a columnist as well as a Keynote Motivational Speaker delivering presentations to global Fortune 500 companies as well as to nonprofits.

Twisted Business: Lessons From My Life In Rock ‘N’ Roll by Jay Jay French and Steve Farber is available now via RosettaBooks.