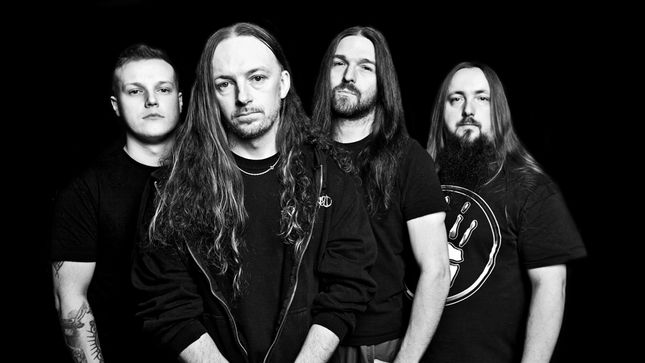 UKEM Records have announced that the new Solitary album will be unleashed on Friday, March 3rd. The album is entitled The Diseased Heart Of Society and features sleeve art from Andy Pilkington of Very Metal Art (Flotsam And Jetsam, etc.), who also created the hard hitting lyric video for the single “Unidentified” (see below).

Renowned producer Simon Efemey (Amorphis, Paradise Lost, Napalm Death, etc.) worked with the band on The Diseased Heart Of Society to ensure that it delivers nothing less than total thrash destruction. 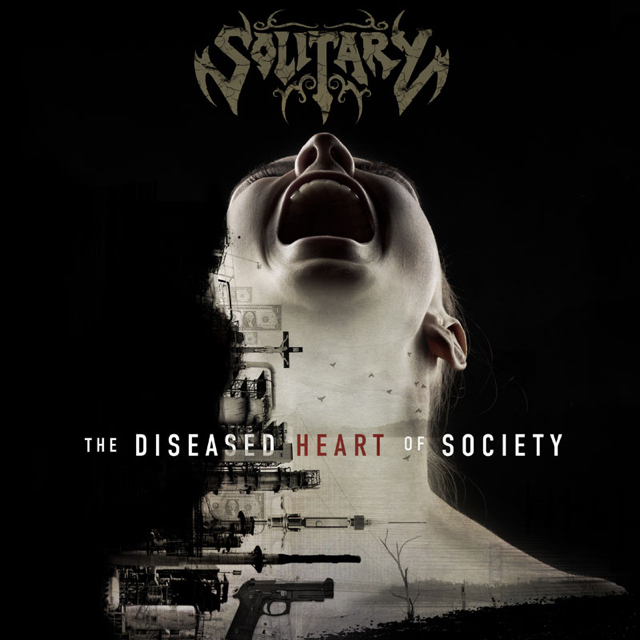 Pre-orders for the album are open now - with both the band and label offering some exclusive package deals. For some truly incredible bundles, featuring signed copies of The Diseased Heart Of Society and the following exclusive items head to solitary.org.uk/shop.

- I Promise To Thrash Forever: The Solitary Story - a brand new book written by Solitary front man Rich Sherrington, recounting the history of one of the UK’s most enduring thrash outfits
- The Solitary Media Card - featuring a digital copy of the new album along with a mass of video material and demos unavailable anywhere else
- Limited edition t-shirts, patches, stickers, key rings, metal artwork plaques - all only available from the Solitary shop 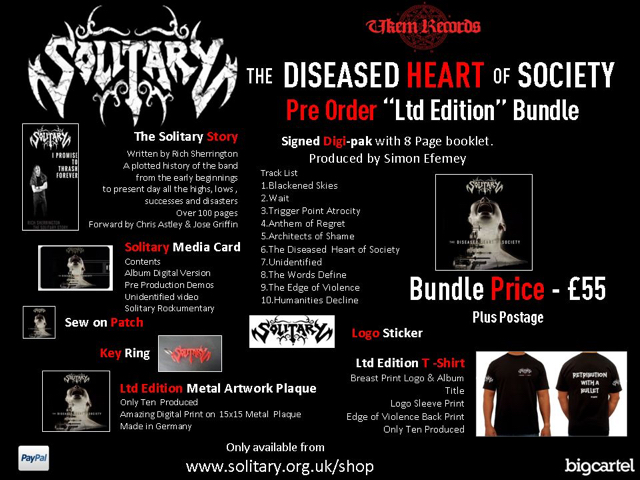 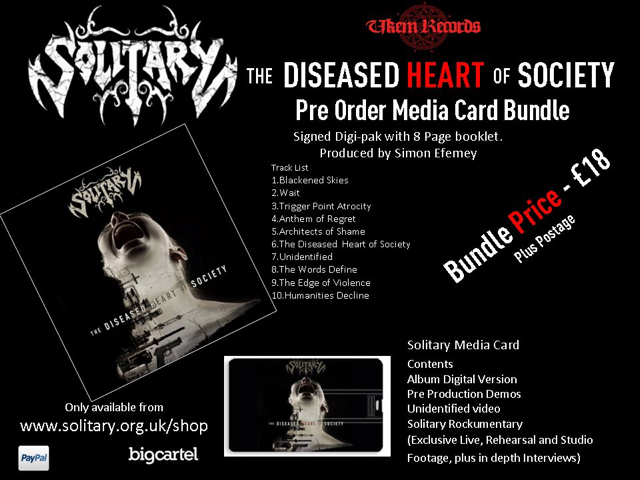 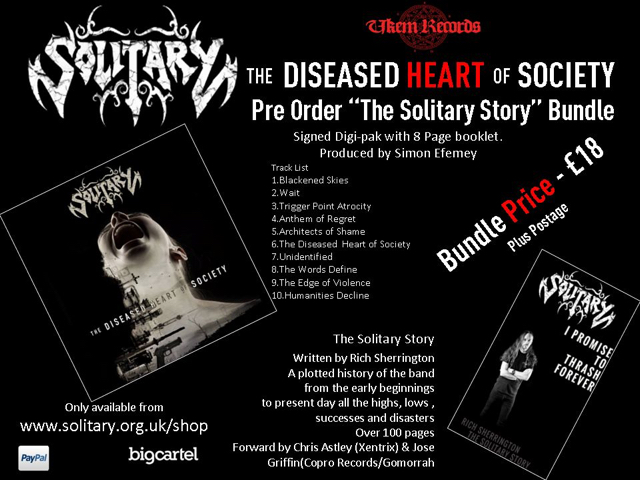 Solitary will be heading up to Scotland and over to mainland Europe for a series of live dates to support the album release (full details to follow shortly) as well as playing at the already sold out Hammerfest, March 23rd - 26th and joining forces with Acid Reign and Shrapnel for a thrash spectacular in London, at the Camden Underworld on April 8th.