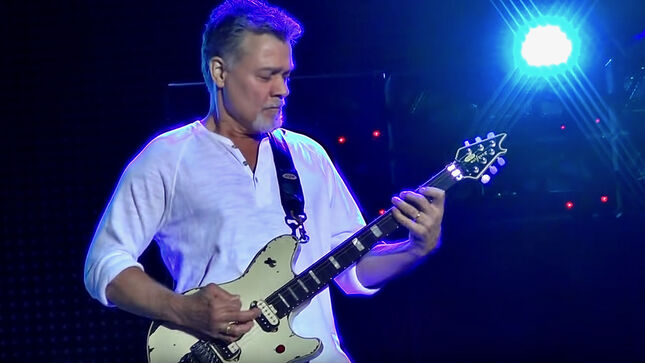 Ultimate Jam Night, the long-running community-oriented music show presents its night to honour Eddie Van Halen, tonight, Tuesday, February 1. The evening will be held at its long time residency location, The Whisky A Go Go in West Hollywood, California. Doors are at 8 PM. Admission is free for anyone over 21 years of age. The event will livestream worldwide beginning at 10 PM via the Arevea network at arevea.com.

A star-studded lineup including Michael Starr from Steel Panther, Marq Torien of The Bulletboys, several members of David Lee Roth’s bands including Jamie Hunting, Jake Faun, and Frankie Lindia (also a member of Ratt), ex-Megadeth member Jeff Young, Matt Starr of Ace Frehley’s band, Ira Black of Gods and Monsters, and many more will perform. It will be hosted by Paulie Z. front man of The Sweet.

Eddie Van Halen died in 2020 after a lengthy illness. Recognized as one of the all-time greatest guitar players his influence is felt around the world. His genius also extended into invention as he was the recipient of three patents related to guitars, and the development the now iconic 5150 amplifiers.

For more information about the show, please visit ultimatejamnight.com. 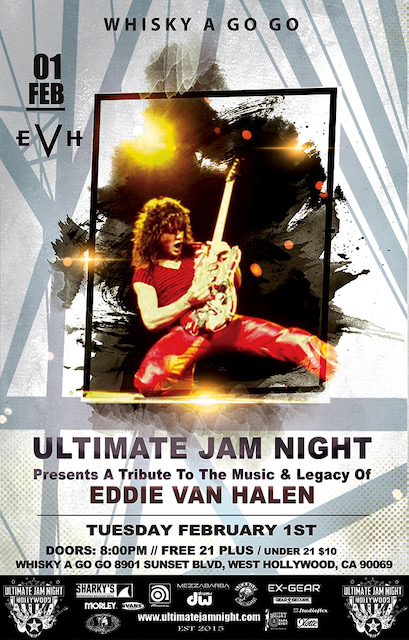 Founded in 2015 by long-time Quiet Riot bassist Chuck Wright, Ultimate Jam Night is a live unrehearsed performance of familiar songs by some of music’s greatest talent. Now in it’s 6th year of residency, the show is currently presented every other week at The Whisky A Go Go.