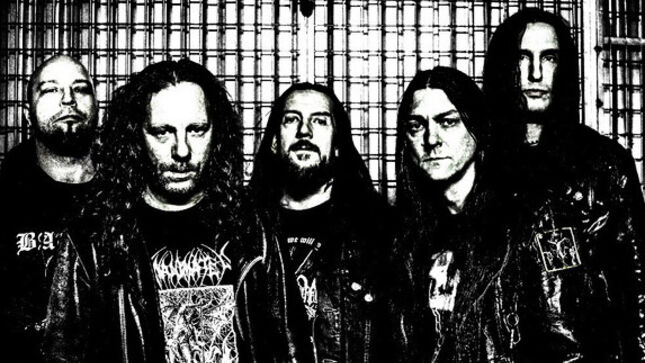 Swedish blackened death metal force, Unanimated, just finished up work on their follow-up to 2018's Annihilation EP. This marks their first full-length album in over 10 years.

The album was again produced by Fredrik Folkare in his own Chrome Studios in Stockholm. The 12-track album offers an atmospheric journey that promises everything you can expect from Unanimated.

This is the beginning of a new chapter for the band, which will skillfully follow the legendary albums In The Forest Of The Dreaming Dead and Ancient God Of Evil.

Richard Cabeza finds the following words on what to expect from their new studio effort: “The wait is over, once again the funeral trumpets sing the pestilence of lucifer! We are very excited to release our 4th full length album and open the gates to a new chapter and march further into the abyss. We really went deep within ourself to release the pure essence of the band. The unity of band is stronger than ever and I think this shows on this album. I feel this is the strongest, most honest, genuine and direct album we done. It's written in blood, carved in stone, our victory in blood!”

The album is scheduled for December this year. More news along with new music will be presented soon.