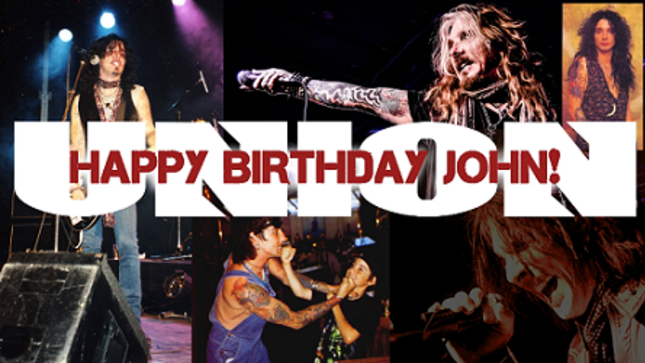 "We're a couple of days early, but Happy Birthday on Monday to John Corabi," says the rest of the guys in Union. "To celebrate, here's a really rare soundboard recording from Baltimore, MD, recorded on the Blue Room tour on John's birthday in 2000. There was cake, an impromptu (and out-of-tune) singing of 'Happy Birthday', and to wrap it all up, our version of Cheap Trick's 'Surrender'. Here's to many more rocking birthdays, John!"