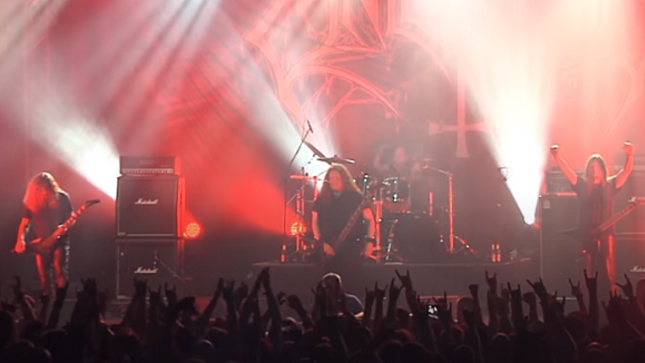 Unleashed is led by founding frontman Johnny Hedlund, and features drummer Anders Schultz and two guitarists Tomas Måsgard and Fredrik Folkare – delivering and defining supreme death metal for over 32 years. On No Sign Of Life, the band formed of Viking descendants transports the listener straight into an outraging battle with 11 forceful tracks that revive the essentials of death metal, facing the sheer brutality of war. Unleashed are back to defend their throne, forging another uncompromising musical weapon that continues the marvellous legacy of Vikings.

“Where Can You Flee?” lyric video: