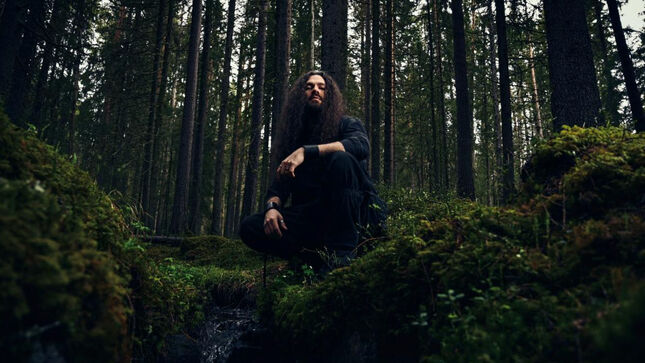 Urferd has released a lyric video for "Dvala", the closing track of the band's debut album, Resan, released earlier this year. Watch below:

A concept waiting years to emerge, Urferd officially saw the light of day in late 2020. The first album, Resan, is a musical odyssey in both a literal and figurative sense. The album takes the listener on a journey through dark and olden nordic forests; where strife and hardships follow in our steps, yet where the beauty and vastness of the solemn nordic landscape persists and permeates.

From the album opening’s depiction of a serene morning’s dawn, to the closing track’s respite of a hearth at nightfall, Resan traverses a multitude of captivating musical landscapes and themes throughout its eight songs.

Urferd signifies the beginning of a new and additional musical chapter for its founder and sole member, Daniel Beckman, and brings a refreshing new perspective to the genre, challenging the boundaries of dark atmospheric folk music.