VAN HALEN, GUNS N' ROSES, METALLICA And More Featured In Inaugural Episode Of Gibson TV's Through The Lens, Focusing On Photographers Who Have Captured The Greatest Musical Talents In History; Video 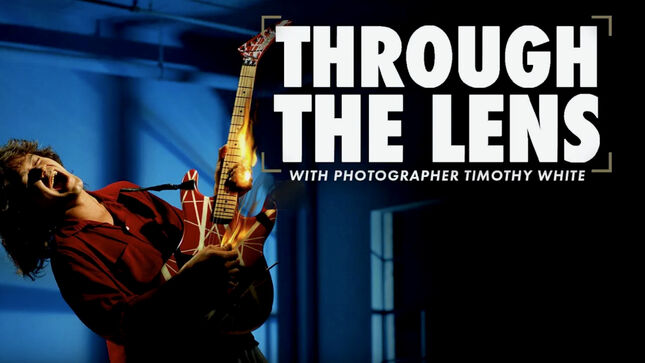 Gibson TV has released the video below, along with the following message:

"In this brand new Gibson TV Original Series, Through The Lens, we sit down with the photographers who have captured some of the greatest musical talents in history through their viewfinders.

"In our inaugural episode, we chat with photographer Timothy White: A RISD graduate who turned a gig as a mass-production fashion photographer in New York into a career shooting the biggest names in music and film. Timothy shares some intimate stories about many of his subjects including Guns N’ Roses, Metallica, Keith Richards and Ray Charles - while also sharing the details of when he persuaded Eddie Van Halen into lighting his hands on fire during a photo shoot.

"Timothy’s photos have graced the covers of countless magazines and the walls of fine art galleries all around the world. He’s a partner in the Morrison Hotel Gallery, located inside the iconic Sunset Marquis Hotel in West Hollywood, and regularly curates exhibits and events in New York and LA.

"Timothy generously lends his time and talents to causes close to his heart like AMFAR, City Harvest, The Joyful Heart Foundation, and Operation Smile."