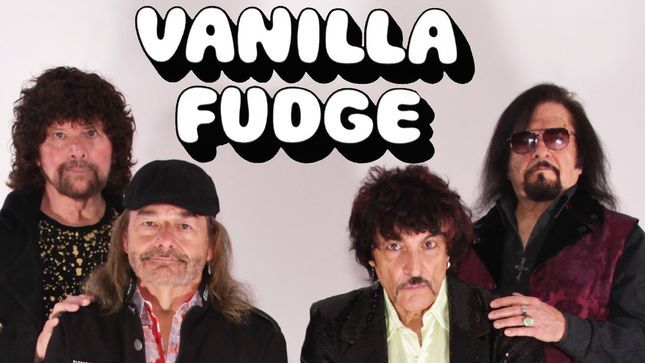 The legendary Vanilla Fudge; the original lineup of Mark Stein, Carmine Appice, Vincent Martel and Tim Bogert, together one final time, take listeners on a psychedelically-tinged version of The Supremes classic, "Stop In The Name Of Love". Buy/stream the single here, and watch an official music video below.

Upon Tim Bogert's passing, the band recorded tributes to their brother and bandmate with producer Leslie Gold. This heartfelt recording, "To The Legacy Of Tim Bogert", makes up the b-side to "Stop In The Name Of Love", and is a must listen for fans of Vanilla Fudge.