VANTE To Release Self-Titled Debut Album In June; "Why Is It So Cold" Music Video Posted 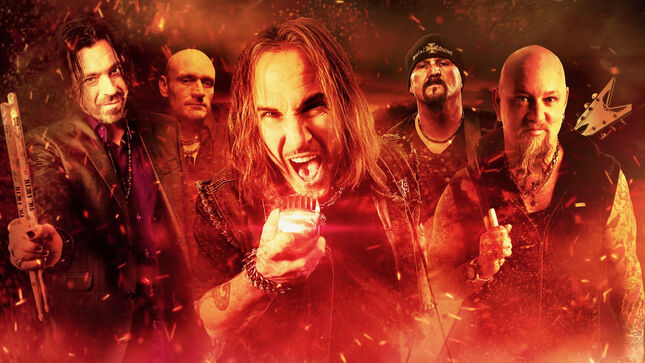 Vante announce their self-titled debut album via Dark Star Records. The new full length CD will be available on June 17 at all retailers worldwide as well as all digital stores. The first single, "Why Is It So Cold" is out now, accompanied by a video that can be viewed below. Stream the song here.

Brian Troch, lead singer, “Vante is thrilled to share the culmination of a journey a year and a half in the making.” Brian adds, “I am personally very mirthful to finally be able to share the fruits of our intense journey that resulted in this powerful 14 song debut album from Vante. As for Scott McClellan and myself it was an absolute pleasure to work with Rev Jones , Chris Moore and Jeff Tortora. The first single and video, Why Is It So Cold is barn burning intense number that I think will resonate with people."

"Vante is a group of amazing players from some killer bands, and this new album brings out the best in all of them, creating a new sound that is heavy and cool as hell." - Jeffrey A. Swanson / President / Dark Star Records

Vante acutely feels the existential threat of a world consumed by materialism and greed, and seeks a compassionate soul in the barren wasteland of the sleeping collective mind. Revelation can be found in altered states, where pleasure provides a temporary answer in a world filled with confusion. Channeling their outrage at the mass apathy that has created a chaotic, out of control world, Vante delivers a taste of hope for rebirth into a more loving and compassionate world. Vante reclaims the animal within, in an apocalyptic vision that prophesies a spiritual rebirth through all-out rebellion. They see that the sky is painted red and we refuse to submit.

Guitarist Scott McClellan picked up his first guitar at age nine and began composing music at age fourteen. Spending his formative years in Long Beach, California, where the streets were dirty and rife with trouble, McClellan found his salvation in music. After relocating to Illinois and becoming a dedicated tradesman, he spent twenty-five years in Pantera tribute bands (Cemetery Gatez, Domination), where he mastered the singing virtuosic guitar riffs of Dimebag Darrell. McClellan wields his soaring guitar lines like a knife in a bar fight, but he writes with the soul of a poet. For him, Vante’s debut album comes fresh on the heels of an album release with Black Sabbath’s Tony Martin titled ‘Thorns’ and the completion of ‘This is My War’ with Breed of Aggression.

Singer/ multi-instrumentalist and vocalist Brian Troch reaches deep into the eternal void and draws us in with him. Rich with meaning and heavy with the spirit of catharsis, Troch’s vocals promise to wake a sleeping generation from its deathly slumber. Joining Hammeron, Troch performed at the MTV Halloween Horror Show with Motley Crue at The Limelight in Chicago. Troch then joined Cyclone Temple and signed with Combat/ Relativity records, opening for Death Angel at Metal Fest in Milwaukee and touring with Napalm Death and Obituary. Leading the helm for Shooting Hemlock, his band played to capacity crowds where the singer found his groove, feeding on the pure electricity of the manic fans.

Drummer Jeff Tortora has a musical history with singer Brian Troch as both answered the call in 1996 to form Shooting Hemlock. Troch and Tortora reunited to record Vante’s self-titled debut album in 2021, their easy chemistry returned. Jeff Totora is right at home on the big stage as well as in the recording studio. In 2000 he was chosen to play with the mind-blowing, explosive Blue Man Group and he accepted this percussionist’s dream job to play to adoring crowds around the world and even at the Super Bowl halftime show. A true virtuoso, Tortora brings versatility, innovation and most of all, hard-hitting energy to all of his performances.

Percussion took root in drummer Chris Moore’s soul from an early age. Known as “Music’s Best Kept Secret”, Chris Moore has recorded with Ultraphonix (with Corey Glover of Living Colour) and Project Nfidelikah (with Angelo Moore of Fishbone). He has most recently played the role of an 80’s metal drummer for the Rock of Ages 10th Anniversary Tour.

Vante’s self-titled debut album will be out on Dark Star Records/Sony/Universal early June 2022. 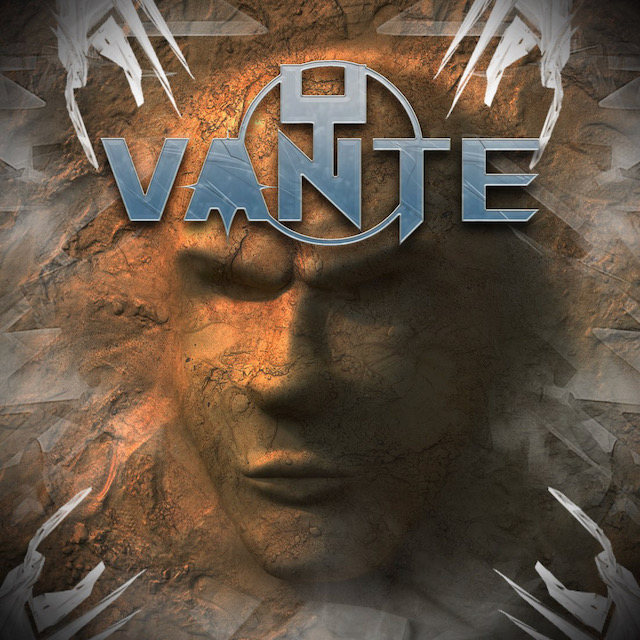