VEGA Debut Music Video For New Single "Ain't Who I Am" 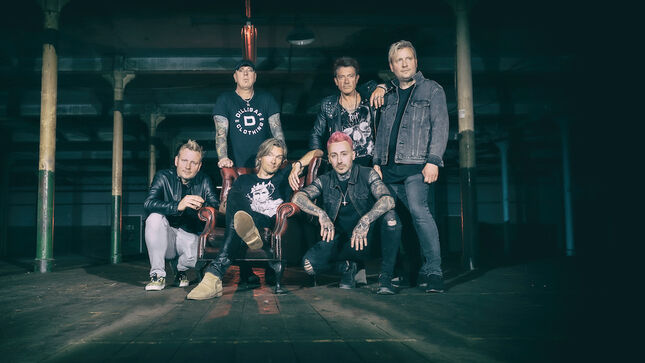 UK rockers Vega are back with Anarchy And Unity, their seventh studio album overall and the culmination of a string of releases which started in 2009 with their debut album, Kiss Of Life. The new album will be released on September 17, but today fans can get a peek at it with the release of the single and video for "Ain't Who I Am". Watch the video below, and pre-order/save Anarchy And Unity on CD/LP/Digital here.

"The songs started like all Vega songs, with myself, Tom, and James writing and recording. Then Billy and Pete came along and for the first time we had everyone in the band getting involved in the songwriting. The songs Tom, James and I wrote were still there, but now with a steroid injection and production touches that just took them to new levels. Everyone had such a vital part to play on this album which is why every song is written, performed and produced by Vega. As always, we had no agenda when writing, we just wrote as and when the moment took us. However, we wanted the album to have a really solid, in your face sound that you can feel pumping in your chest," says frontman Nick Workman of how Anarchy And Unity came together.

Anarchy And Unity, while not a departure from the band’s defined and classy sound, shows a band determined, mature, and ready for the next step in their career. It has a crisp sound and immaculate musicianship showcasing the great talents in the band. On the songwriting front, the band have returned with a more muscular sound, but no less full to the brim with melodies that will grab you from the first note to the last.

Vega’s members have a rich history, but it was their meeting of musical minds back in 2009 that would lead to the melodic rock genre receiving one of the finest releases of that year in the form of their debut album, Kiss Of Life. The eclectic, off-kilter style of rock made them stand out from the crowd and the band have always been keen to be more than just another “AOR” band.

After the warmly received sophomore release What The Hell, the band recorded their third album Stereo Messiah at the home studio of John Mitchell. The It Bites frontman managed to get the best out of the band as they lived at the studio and fully immersed themselves in the process. With Mitchell’s all-time favourite album being Def Leppard’s Hysteria, a production that Mutt Lange would be proud of was pursued. Coincidentally, Stereo Messiah was also graced by the vocal presence of Def Leppard’s Joe Elliott, who also gave the band a song for the album.

The fourth instalment in the Vega saga saw them releasing an album that was reckoned to be the best of their recording career. Produced and mixed by Harry Hess (Harem Scarem), Who We Are saw them in fine form. It was like they’d pulled together all the pieces of the puzzle, coming up with an album of such magnitude that it was hard to put into words. Lyrically compelling, it traversed rock genres with ease, hitting a note with pop and rock fans alike. Songs like "Saving Grace", "White Flag", and "Every Little Monster" are sublime moments on an album that was full of outstanding songs. The subsequent tour with the Dan Reed Network was one of that year’s finest pairings in the UK, whilst their Hard Rock Hell performance was the stuff of legend.

2017 saw them releasing Only Human, a collection of songs that focused on their core strengths: strong harmonies, big choruses, and compelling lyrical content.  The album exceeded their expectations by hitting the UK National Rock Chart at #3 between Shinedown and Black Stone Cherry. The band toured with the Quireboys, Skid Row and many others, including a stop at Download along with their heroes Def Leppard and Whitesnake.

2020 saw the band release their well-received sixth studio album, Grit Your Teeth. The band was feeling energized and thrilled at the prospect of playing these songs to fans in the live setting. But, of course, the world wound up in the throes of a worldwide pandemic and the universe had other plans. Unable to tour as they normally would in support of a new album, the band set about to channel their energies into the writing and recording of their seventh album, Anarchy And Unity.

With pent up energy, a rejuvenated lineup, and a brand new album, Vega are firing on all cylinders. Watch out for tour dates in the UK in the fall. 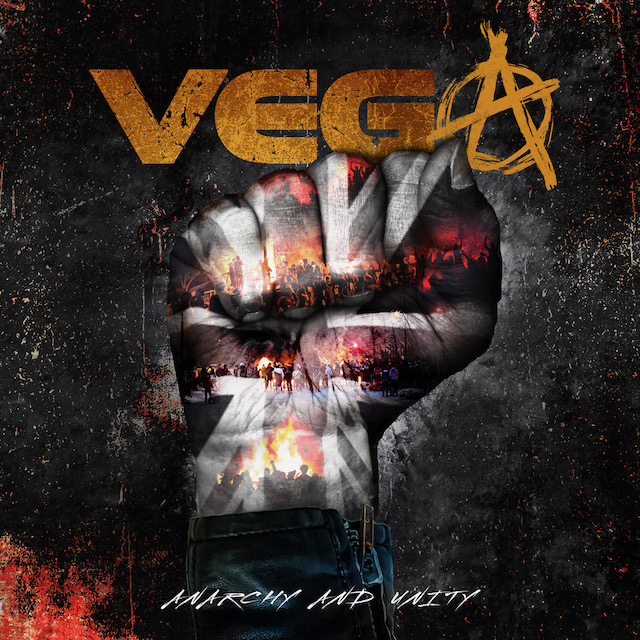