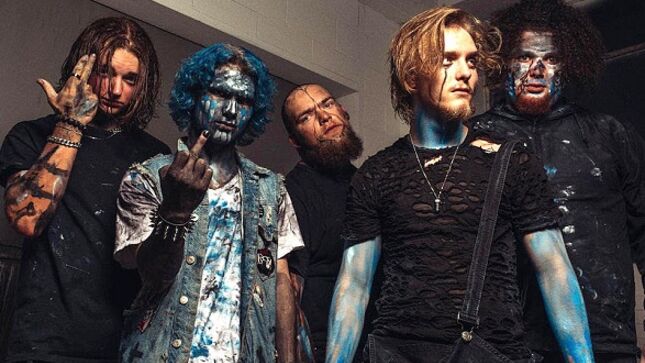 Vended, featuring the sons of Slipknot's Corey Taylor and Shawn "Clown" Crahan - Griffin Taylor (vocals) and Simon Crahan (drums) - have released their first single, "Asylum". Check it out below.

Vended was established in February of 2018 and consists of Cole Espeland (guitar), Griffin Taylor (vocals), Simon Crahan (drums), Jeremiah Pugh (bass) and Connor Grodzicki (guitar). After two years of commitment and hard work Vended played their sold out debut show at local venue Vaudville Mews on March 8th, 2020, which sported a huge crowd response. Days following the show the world shutdown due to COVID-19 which caused an unplanned  hiatus.

Coming out of hiatus with their first ever festival appearance at Knotfest on November 13th, 2020 they are coming back stronger and hungrier than ever. Currently, Vended  is recording and preparing to release their debut EP and start on their path to world domination.