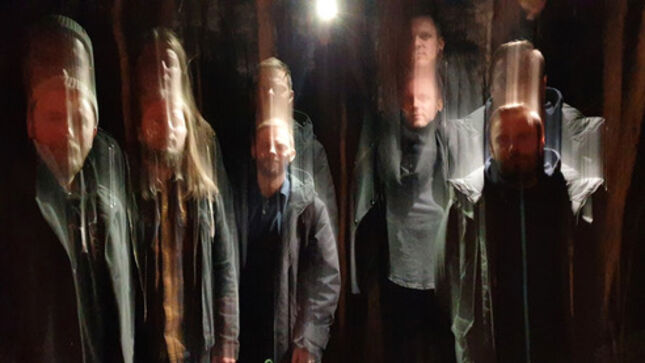 After releasing när de du älskar kommer tillbaka från de döda earlier this year, Vildhjarta announces the release of their new studio album, måsstaden under vatten, which will be out October 15. The band have also released two new tracks, “kaos2” and “toxin” today, which are available on all digital platforms. Watch the visualizer videos for “kaos2” and “toxin” below.

With a decade between releases, Vildhjarta remain as inscrutable and as close to anonymity as a band can be.  Their down-tuned, staccato riffs and pulverizing grooves are the sound of music stripped to its essence. Yet, the Swedish collective’s long-awaited album, måsstaden under vatten, is far more than a recitation of djent values. Clocking in at 80 minutes, it thematically picks up where the dark Swedish fable of 2011’s Måsstaden left off and delivers on the promise that record hinted at. “Art happens when art happens,” states Vildhjarta.

Since dropping a minute of new live music in 2016, the band's focus has almost entirely been on the new album with drummer and now noted producer, Buster Odeholm, also known for his work with Born of Osiris, Shadow of Intent and drumming with Humanity’s Last Breath, who is heavily involved in the production, mixing and mastering of the music. Visual artist Rickard Westman, who did art for Vildhjarta's debut as well as their Thousands of Evils EP in 2013 has also returned to the equation to reprise his disturbing visual iconography that continues to tell a tale of a mythical, dark world far away from ours.

Pre-orders are available for måsstaden under vatten here and the album is available in the following formats:

* Please note that the vinyl will be available in the US on October 29.