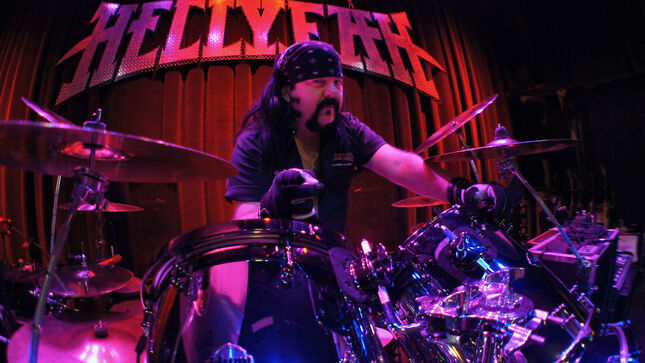 “Vinnie Paul is one of the most recognized drummers in heavy metal,” Backstage Auctions founder Jacques van Gool comments. “Through his work with Pantera, Damageplan and Hellyeah, he has influenced many of his peers and encouraged legions of young and aspiring drummers to pick up a pair of sticks. Pantera, the band he started with his equally legendary brother Dimebag Darrell, is regarded as one of the most successful and influential bands in Metal history, having sold around 20 million records worldwide and having received four Grammy nominations. Known as the inventors of Groove-Metal, Vinnie and Dimebag also knew how to have a good time, making them often the light and center of the party!” 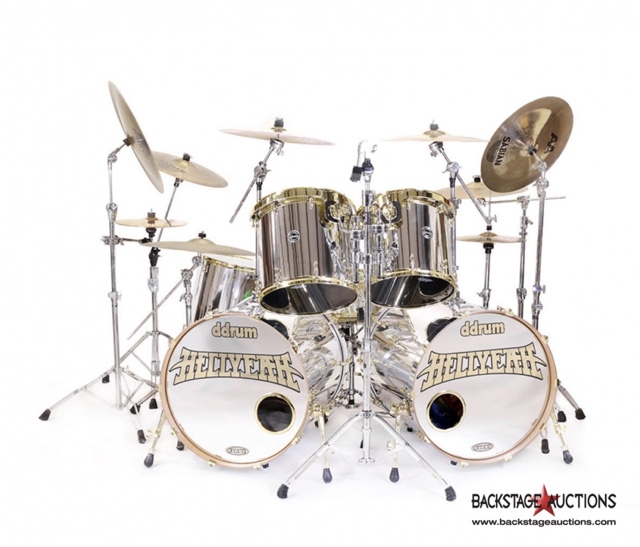 This historical auction is the ultimate Vinnie Paul celebration. Among the many highlights are several drum kits from his Pantera, Damageplan and Hellyeah tours including the kit he played last (pictured), a collection of guitars, including a vintage Dimebag Darrell Washburn, custom slot machines, every imaginable record award, clothing, artwork, autographed items, home furnishings, photos, posters, and just about every laminated pass ever issued to Vinnie Paul. Additionally, Vinnie was a huge hockey, football and baseball fan, leaving behind a massive collection of sports memorabilia with a heavy emphasis on his hometown heroes: The Dallas Stars, The Dallas Cowboys and The Texas Rangers. Highlight pieces include an array of autographed sports collectibles, seats from the original Dallas Cowboys stadium, hockey sticks, helmets, and a massive amount of jerseys.

Outside his impressive career, one that lasted nearly four decades, Vinnie Paul was a collector at heart, enjoying and appreciating every single memento. This event is a tribute to his legacy, as much as it is an opportunity for all of his fans to continue that legacy. “Hellyeah!”