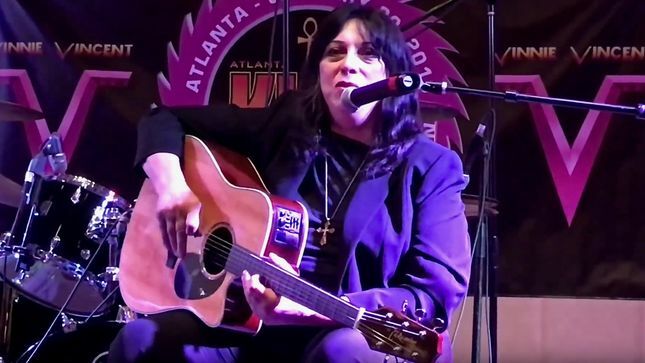 Ultimate Classic Rock is reporting that Creatures Fest promoter Neil Davis has posted pictures on Facebook, saying they’d been taken at a listening party where a small number of fans had heard a new Vinnie Vincent album.

The development comes 10 months after Vincent said he was planning to release some of the material he’d been working on – a project referred to as Guitarmageddon – since the launch of his Euphoria EP in 1996.

"This is my crowning moment of joy that I’ve been waiting for many, many, many years," he explained in May 2021, "just to be able to say to everybody in truth and reality (that) we are finally mixing the two-inch masters, and I finally have control over my two-inch tape masters of all of my songs." He added: "We’re gonna be releasing new Vinnie Vincent music on vinyl. Within the next 12 to 18 months, it's all finally going to be released."

Creatures Fest 2022 will take place Memorial Day Weekend, May 27 - 29, 2022 in Nashville, Tennessee at the Sonesta Nashville Airport Hotel. Get ready for three nights of live music.