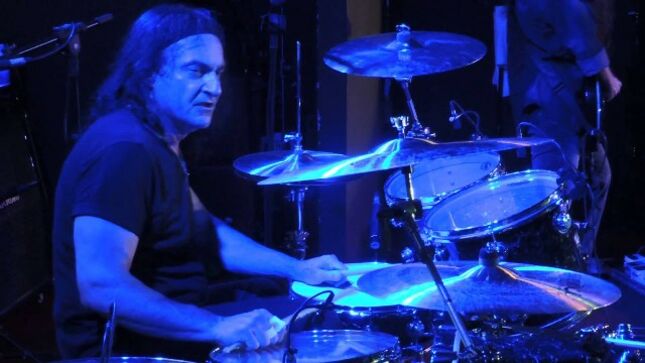 Jimmy Kay and Alan Dixon of The Metal Voice spoke to former Black Sabbath and Dio drummer Vinny Appice about new Black Sabbath reissues of the classic albums Heaven And Hell and Mob Rules as well as other topics.

"Before the Sabbath thing (1980) I got a call from Sharon Osbourne saying she is putting a new band together for Ozzy and they wanted me to fly to England and hang out with Ozzy and see how we would get along and possibly be in the band. I thought I would ask my brother Carmine about Ozzy and I decided not to do it. So I actually turned that gig down and then about two months later I get a call from Sabbath saying they are in town looking for a drummer. Bill Ward left the tour and they heard about me and would you like to come down and meet Tony Iommi at the hotel in LA. So I said yeah, so next day I went to meet Tony and he had an album under his arm that I did with a band called Axis and there was a really good drum sound on it. Tony liked the album and we got along great. Tony then invited me to rehearse the next day with Black Sabbath, that is when I met Ronnie, Geezer Butler and Geoff Nicolls who was the keyboardist and the first song we ever played was ‘Neon Knights’ cause I heard it on the radio a couple of weeks before. I thought wow that new singer for Sabbath sounds great cause at the time I didn't really follow Dio. The rehearsal went really well so they asked me to join the band until Bill comes back. That was the premise. We only had four days of rehearsal before the next show."

The recording and feeling of Mob Rules:

"On the Heaven And Hell album tour we did the song ‘Mob Rules’ for the movie Heavy Metal. So we went to John Lennon's house (Ringo wwned it) to record and we put together the ideas and wrote the whole song there. We did the song in two days and it was mixed, finished and kicking ass. So the band was excited that something that came out so good with a new drummer. Everybody loved it and it was easier when we finally got around to writing all of Mob Rules record. For the record we would just went in everyday and jammed nobody ever came in with songs written. The Mob Rules was just us sitting together in a room jamming. We would record the music play it back and go that sounds good let's work on that, that's the way the album was put together."

On the lineup falling apart after Live Evil:

“Everything was going great then I don't know exactly what happened as far as why the band split up. At the end of tour there was an American limo and a British limo and stuff like that started happening, It didn't matter to me so much I would go in either limo. Obviously they had some business disagreements, I'm not sure. It's got to be a business thing cause it was not a musical thing.  So when that tour ended Ronnie said ‘I'm going to put a band together and I would like you to join me’ and Sabbath wanted me to stay so I had a choice. So I thought it would be exciting to do something with Ronnie, he's the man and we lived miles apart it was easy to get together. I had to have a talk with everybody and I decided to go with Ronnie."