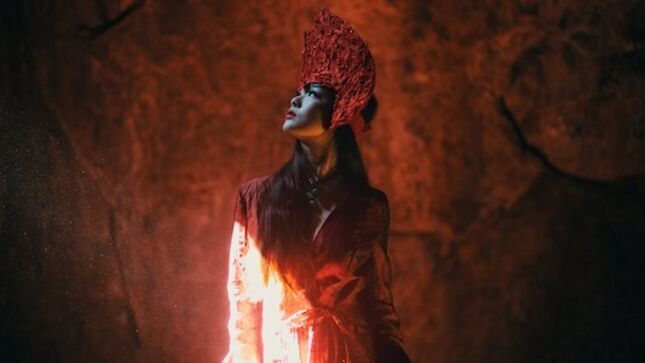 Vintersea – whose unique fusion of majestic progressive metal, harsh blackened death and post-metal beauty draws inspiration from the darkened skies of their Pacific Northwest home – has unveiled a music video for their song “Crack Of Light.” The epic vision conceived by director/bassist Karl Whinnery is the latest clip from the group's critically acclaimed 2019 album Illuminated.

"Since the release of Illuminated, our fans have been asking us about a music video for the central epic of the album, 'Crack Of Light,'” says guitarist Riley Nix. “We've secretly been toiling away on it for nearly a year now, building sets, costumes and prop pieces on a scale we've never attempted before. We traveled to every corner of our state to capture unique and appropriate scenery for this song, which is a collective band favorite. We are so excited to share the results, which represent hard work and dedication by not only our band, but also by a ton of our friends and family who put their blood, sweat and tears into this video."

The ambition of the band and the effort put into the production of “Crack Of Light” are evident in the video's props and sets. The band and their friends built a 20-foot boat specifically for its filming, and the boat itself took four people to load onto a flatbed trailer for the band's journey to location shooting in the Alvord Desert in rural Oregon. Additional shooting was done in a secluded cave with a natural sunlight shaft that only allows two hours of sunlight per day, as well as a set that was built by the band to resemble “The Void” from the Netflix series “Stranger Things,” including a 40' x 40' pool for the boat to float in for one segment of the video.

“While we want every video to be special, the pandemic gave us more time to work on the video for 'Crack Of Light'”, says Whinnery. “I had big dreams for 'Crack of Light' – the song has an oceanic vibe, but everyone knows filming in the ocean is horrible. Still, the song screamed for a boat, so I dug deep in my brain and came back with a pretty crazy idea that I managed to sell to the band – build a boat and then take it to the desert.”

Fronted by Malaysian-born singer Avienne, whose vocal range spans from haunting melodies to fierce growls, Vintersea delivers heavy, emotionally powerful and technically intriguing music that is undeniably inspired by the majesty of the Pacific Northwest. “Crack Of Light” is the latest music video from their 2019 release, Illuminated. The album shows off the band's riveting mix of prog, black, death and post-metal that has earned comparisons to forward-thinking acts such as Agalloch and Enslaved.