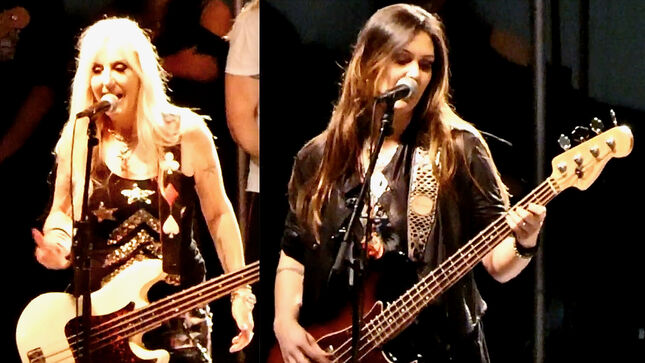 Vixen bassist, Share Ross, is taking a hiatus from the band. Stepping in as her replacement is Julia Lage, wife of Richie Kotzen and formerly a member of Brazil's  Barra De Saia.

Share made her intentions clear last night (Tuesday, February 8) during the band's show at Magic City Casino in Miami, Florida. She announced that, "life has got a little complicated, and I can't keep up with a lot of shit, so something has to give. And I'm sorry to say, I have to step away from Vixen for a while. I'm taking a hiatus, and I know you're going to be supportive - of the band, and of me - because you know that the love is there. And I want you to graciously love and open your arms to the amazing Julia Lage, who's going to step in and play bass."

Julia then took the stage with Vixen to complete the band's set. See video below: