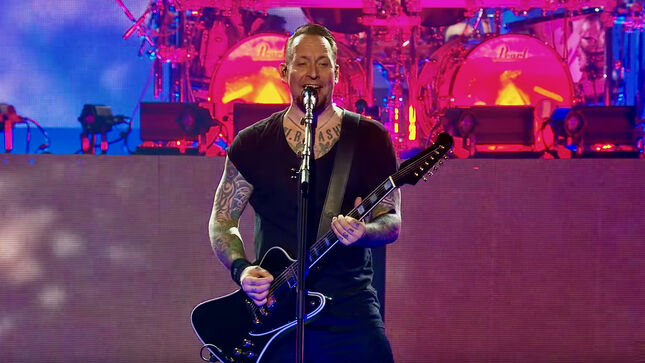 Danish rock 'n' roll rebels, Volbeat, are eager to announce the 32-date European leg of the diverse Servant Of The Road World Tour, which will see them sharing the spotlight with special guests Skindred and openers Napalm Death (UK/Ireland) and Bad Wolves (mainland Europe), for a truly intense show.

Fans can expect a mix of Volbeat classics, deep cuts, and fan favourites from throughout their storied career, including their acclaimed latest album Servant Of The Mind.

Volbeat comment, “Finally, after so much time away, we’re thrilled to be able to bring a proper Volbeat headline tour to our friends across mainland Europe and the UK. We are so excited and cannot wait to see everyone out there! We’re extremely lucky to be able to bring Skindred, Napalm Death, and Bad Wolves along for the ride and share this experience with three incredible bands that we are fortunate enough to call friends.”

Tickets will go on general sale from 10 AM, local time on July 1s Ticket links for all dates, including VIP packages and pre-sale information, can be found here. 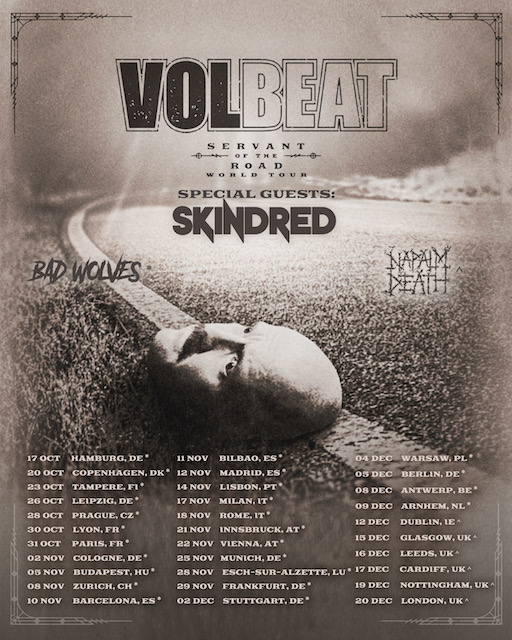 In conjunction with the tour announcement, the band have also shared a new, official bootleg video of "The Sacred Stones" - Live fFom Worcester, MA. Watch below: