VOODOO GODS Feat. GEORGE "CORPSEGRINDER" FISHER And VICTOR SMOLSKI To Release The Divinity Of Blood Album In May 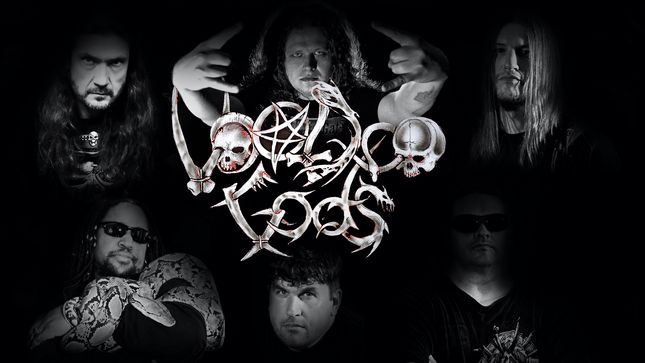 When death metal icons like George "Corpsegrinder" Fisher, guitar virtuoso Viktor Smolski, bass titan Jean Baudin and guitar god Jacek Hiro join together to form a death metal band, it reads like the membership list of the Metal Hall of Fame. This is the case with Voodoo Gods and therefore this band can be called a death metal supergroup without exaggeration.

After their first EP Shrunken Head (2008) - at that time still with Nergal (Behemoth) on the mic - and the debut album Anticipation For Blood Leveled In Darkness, the second studio album The Divinity Of Blood of this all-star band (which attaches great importance not to be called a side project) will be released on May 15 via Reaper Entertainment. The album was produced by King Diamond's Andy La Rocque, who also took care of the mixing and mastering of the record. The result is a huge and powerful death/thrash metal album which combines influences from voodooism, rituals and anti-Christian forces.

Victor Smolski states: "I can't wait to see the reactions, The Divinity Of Blood will have few surprises guitar-wise and some solos, never heard before in congregation with death metal."

Mastermind Alex Voodoo adds: "I think the Divinity Of Blood will have a weird and ineffable impact; there are musical and ritual alliances within our realm, stuff to trigger enthusiasm as well as creeps."

Andy LaRocque comments: "I had a great time working with this great musicians; great songs, great guys. I hope to work with them again soon!!!"

Pre-order The Divinity Of Blood here. 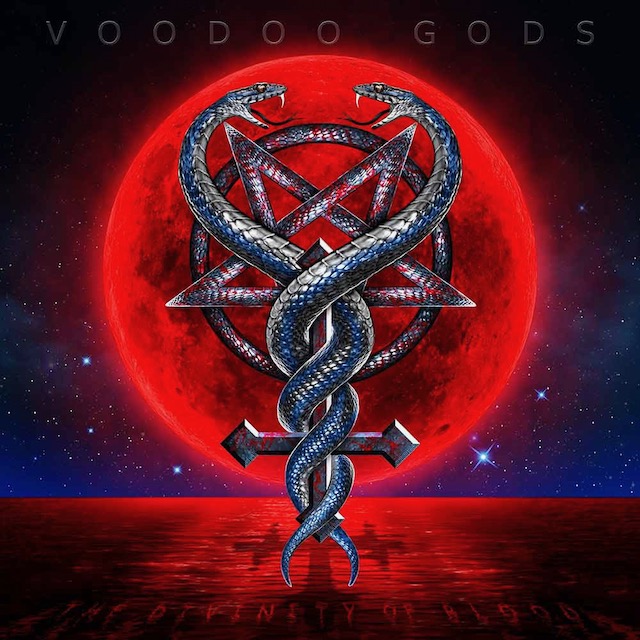 "Rise Of The Antichrist"
"From Necromancy To Paraphilia"
"Menace To God"
"Serenade Of Hate"
"Forever!"
"Isa"
"The Ritual Of Thorn"
"The Absolute Necessity To Kill"
"The Divinity Of Blood"