VOYAGER Covers THE PRESETS’ “This Boy’s In Love”; Video 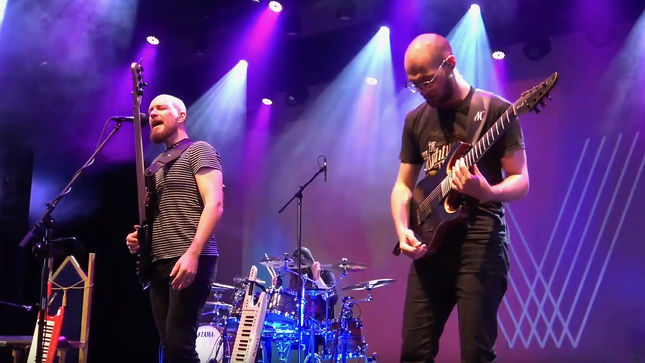 Australia's premiere synth-prog outfit have played to their strengths and have covered the Australian modern classic "This Boy's in Love," originally by electronic duo The Presets. Fusing together Voyager's signature epic electro progressive power prog metal with a huge pop song, the VSets version is sure to be a hit.

The band comments on the cover: "The Presets song is one of those songs that I heard and thought 'I wish I'd written this.' At the time it came out it was so fresh in Australia, and so bizarre that it became so popular because it's really very much Euro Style Dark Synthie EBM. Given that a lot of Voyager songs start out as electronic ideas, this semi-obscure modern Australian classic was a no brainer to cover. We hope you enjoy!"

Moreover, guitarist Scott Kay recently taught fans how to play a riff from the band's song "Colours" in the latest installment of Guitar World's "Sick Riffs" serie. In addition to the play-through, Kay also includes the tablature. Watch and learn:

The band's 2019 release, Colours In The Sun, can be ordered here.