W.E.B. Take You Behind The Scenes Of "Murder Of Crows" Music Video 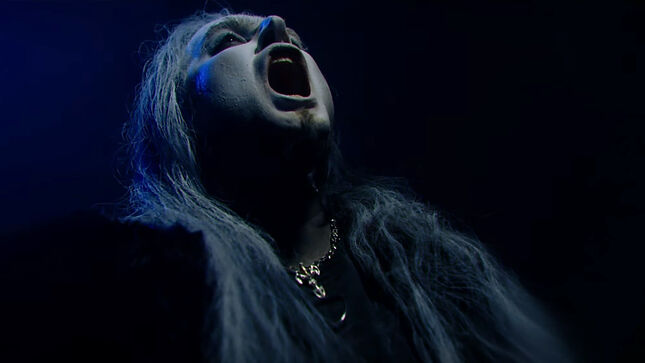 Athens-based metal unit, W.E.B., recently unveiled their brand new video for "Murder Of Crows", taken off the full-length Colosseum that was released last year via Metal Blade Records. Today the band release a behind the scenes video. Find both clips below.

Comments guitarist/vocalist Sakis Prekas, "'Murder Of Crows' is about the loneliness of death, the greatest mystery of what the end of life's circle feels like and the emotions surrounding the very last moments of life. The concept of death in W.E.B. lyrics is not new, only this time, the inspiration was born after watching the Sons Of Anarchy series and the way life, death and morals were perceived in there by a culture that was yet unknown to me. Hence there are clearly several lyric references to the series, it is strongly filtered by W.E.B.'s music style combining melody, brutality and symphony elements. The video of 'Murder of Crows' incorporates much of the band's stage presence accompanied by the roles of Thanatos, the subconscious and the madness of reality."

Uniting the brutal with the catchy and drenching it in orchestrations that only serve to expand its epic scale, Colosseum is a thrilling, gripping listen with each of its nine tracks playing an important part in the album as a whole, making it clear that W.E.B. stands toe-to-toe with anyone in their genre.