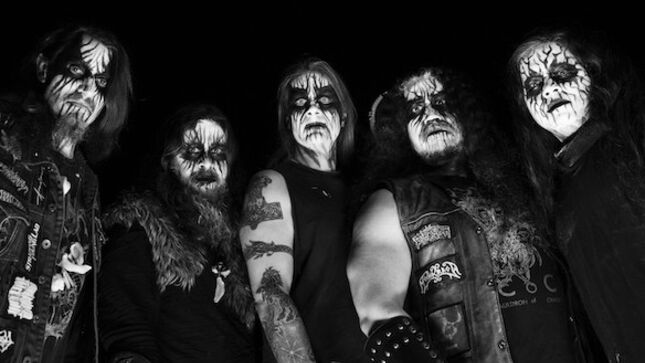 M-Theory Audio is pleased to announce the signing of Mythraeum, the latest winners of the Wacken Metal Battle USA. The San Diego-based black metal band beat out over 140 other hopeful metal acts through a series of regional battle of the bands, resulting in a national final with the winner to represent the US and perform alongside 29 other countries at the prestigious metal festival - Wacken Open Air held in Germany every August.

Inspired by their relentless attack, supportive crowd reaction, work ethic and eventual victory M-Theory Audio kept a watch on the young talent blossoming resulting in an offer to release their latest EP.

“I first took notice of Mythraeum before the pandemic. I knew they had something special and that I should keep my eye on them,” explains M-Theory Audio’s Eric Dow, who is also a representative of the Wacken Metal Battle USA. “They joined the Wacken Metal Battle USA and I witnessed their progression in each round of the competition to become stronger and stronger.  Quite impressively, with very stiff competition, Mythraeum proved victorious in the battle and represented USA with pride at last year’s Wacken Open Air. There I made sure to observe how the band interacted with the other bands in the competition, as well as industry people in attendance. Mythraeum was outstanding with the way they conducted themselves and treated the battle with the respect it deserves. I was sold and excited to bring Mythraeum to Marco Barbieri in hopes that he would agree to sign them and bring them into the M-Theory fold.” 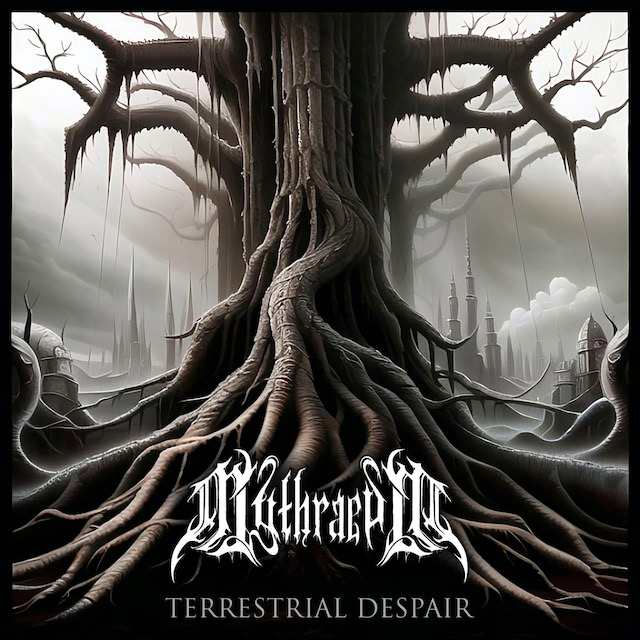 Evident that the band brings influences from second-wave black metal greats but also apparent is a unique spin from other tangents of Scandinavian influence including an omnipresent folk underlining, as well as orchestration and classical elements.

“It was at Wacken Open Air 2022 where we played 'Terrestrial Despair' from this very EP in front of thousands of people. Now we get to share that moment with you. Enjoy!” proclaims the band. “In the glimpse of time Mythraeum have been around, we have worked diligently to invoke an otherworldly sound that people can grasp on to, and it has finally pierced the veil. When the opportunity came to sign to a label, we couldn't think of a better one than M-Theory Audio. To be among such a talented roster of artists fills us with a deep sense of pride. We look forward to releasing a chasm of material to the world.

That being said, we are ecstatic to announce our first release will be an EP titled... Halls Of Mythras! This is a very special one for us, for while Gaia was trying to heal from the Covid-19 lockdown, we lost ourselves in the process of creation.” 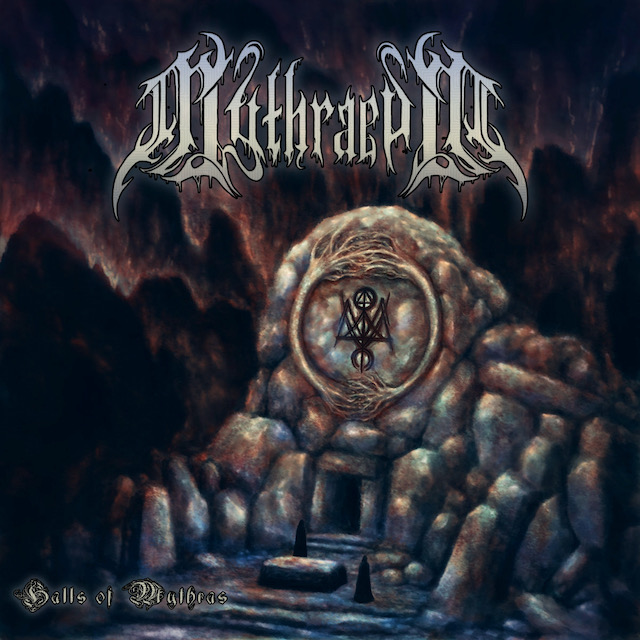 Halls Of Mythras will be released February 24 as a 4-song digital EP. Pre-order here.

Mythraeum will be headlining their hometown of San Diego June 17 at Brick By Brick with support from Imperialist, Withermoon, Druide, and Son Ov Leviathan. Watch for more live shows as the group continues working on a full-length follow-up.

Formed a few years back, Mythraeum spawned from the mind of guitarist Wraith (Alonzo Larios) who assembled some of San Diego’s finest metal musicians who shared the same spark of mysticism and misanthropic musings which befell the black metal scene in Scandinavia several decades earlier. These young musicians had ambitions of crafting a brand of black metal that dared to push the musical boundaries by blending crushing heaviness with harrowing technicality, and ethereal melodies in an alchemical process which weaved esoteric myths of nature, gods, love, hate, death, and rebirth.

Wraith alongside Hagalaz (Ben Wilson) on drums, Spectre (Nicholas Lepisto) on bass, Algiz (Zach Simsay) on guitar, and Plague (Anthony Vivoli) on vocals combined into a new energetic and driving force playing shows including the Wacken Metal Battle victory  and a new record deal Mythraeum have the ambition to create an impressionable new album. Get your first taste of Mythraeum’s potential by checking out the new single, “Terrrestrial Despair” from the forthcoming EP, Halls Of Mythras.