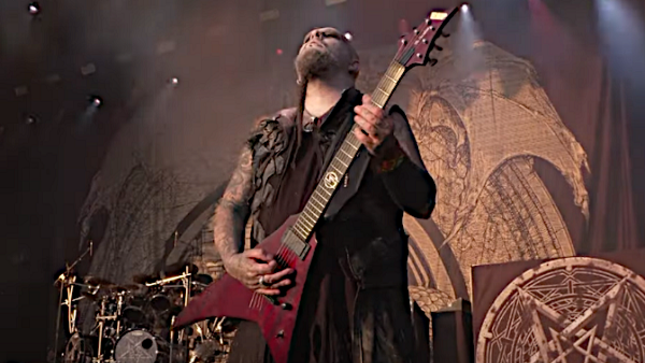 Dimmu Borgir performed their track "Puritania", from the band's 2001 album Puritanical Euphoric Misanthropia, during their show at Bloodstock Open Air 2022. Professionally-filmed footage can be viewed below.

Previously released video of the band performing "Dimmu Borgir" and "Gateways" at the same show is also available.

The complete Bloodstock setlist was as follows: