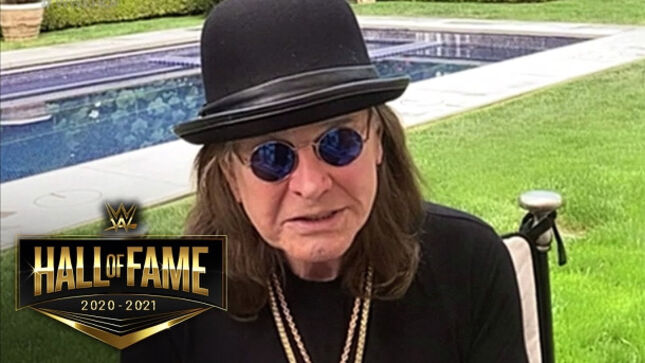 The WWE has posted video footage of Ozzy Osbourne's induction into the WWE Hall Of Fame. As previously reported, Ozzy was part of the combined 2020/2021 WWE Hall Of Fame ceremony, which was taped last week. Osbourne did not appear in person at the ceremony, but did record a video message for the show.

In the video, Ozzy states: "Thank you so much WWE for this amazing award. I don't deserve it, but thanks anyway. It's all about the fans, really. Our fans are what keep us alive, man. It's all about them. I wanna thank Vince McMahon and Triple H. Thank you very much, God bless you."