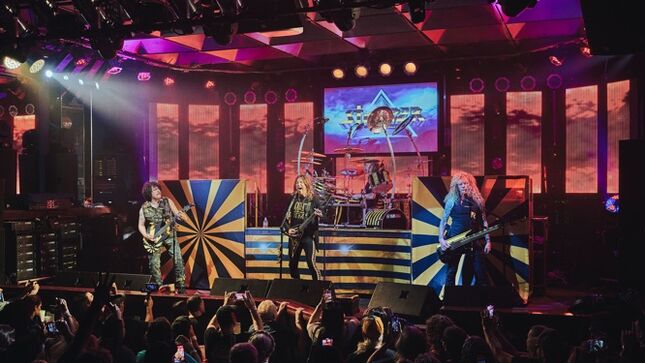 Heavy metal stalwarts and Orange County natives Stryper have been holding a torch out for the musically starved masses at several points both during and immediately following the pandemic. This show as part of their tour dubbed Calling On You Tour carries a particularly inspiring message of hope and defiance against adversity, one that points the way to a revived live music scene standing as tall, if not taller than it did prior to 2020.

Led by the age-defying voice of Michael Sweet, Stryper ran the gamut of nearly every era of their 40 year history in what could be described as the most metallic incarnation of the band ever witnessed. While many of the artists that seemingly supplanted Stryper in the '90s lay permanently defunct, they are still alive and kicking, and likely will for years to come if the display witnessed this past evening is any indication.

On May 26th, Calling On You Tour hit the Culture Room in Fort Lauderdale, Florida. Check out fan-filmed footage of "Honestly", "Soldiers Under Command" and "To Hell With The Devil" courtesy of Sonic Perspectives below: 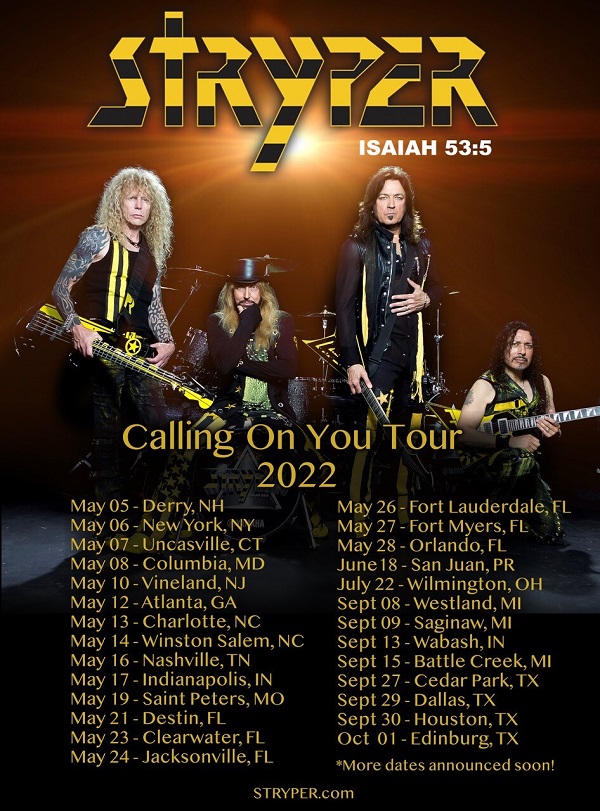