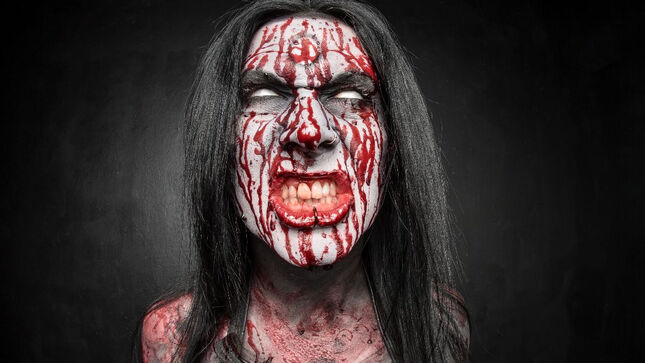 Wednesday 13 was supposed to visit The UK next month, unfortunately those plans have been altered. An official statement from W13 reads:

"To my U.K. fans, I’m sorry to announce that I will have to cancel our appearance at the Download Festival this year. I tore my bicep last year and never had corrective surgery. I re-injured it again and unfortunately it’s causing so much pain and discomfort, I need to have this corrected immediately. Canceling a show like this is not an easy decision, but I want to be able to give the best performance I can. I’ll need to take the summer off to heal up, but we will be back on the road in September-December and a New album in October. See YOU all soon." 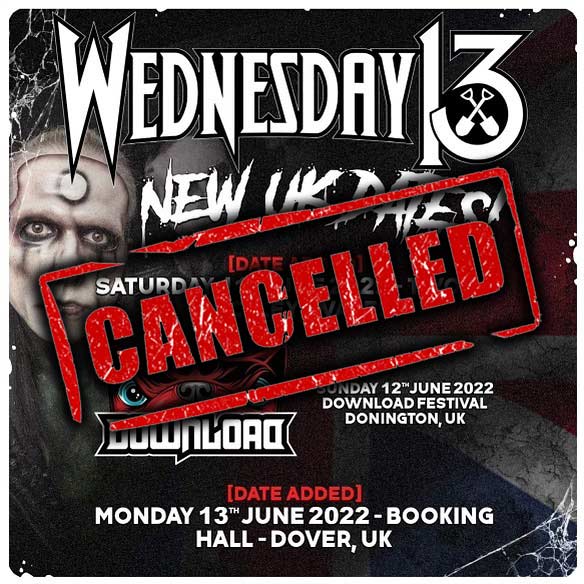 In November 2021, Wednesday 13 revealed that he is about to take his solo project to the next level by signing a worldwide contract with premier rock and metal label Napalm Records.

Wednesday 13 said about the signing: “We are excited to announce that we have signed with Napalm Records for the release of our next album, the ninth instalment of the Wednesday 13 catalogue, due out in 2022. The new album will be loaded with a full arsenal of Tricks and Treats that fans will Die for!”