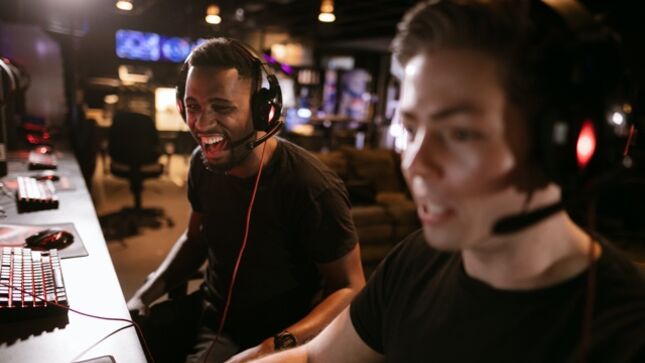 Entertainment is a valuable part of culture and digital technology has helped to make it even more part of daily lifestyle. Digital entertainment includes technological media industries including video games, the internet, online gaming and mobile on-demand entertainment.
Essentially, digital media can be defined as any media that can be made, formatted and played back or received on an electronics device.
The history of digital entertainment
The process of making entertainment digital has been an ongoing development for some time. The first major offering in mass consumption of digital media dates back to the 1980s, with the advent of compact discs. Compact discs, or CDs, allowed the playback of pre-recorded music or audio in the form of digital files.
This technique was expanded on in the form of visual files in the 1990s with DVDs. Home computer games also played a significant part in the growth of the digital age.
While playing games from cassette tapes was once the best way to present new titles, the new invention of discs and CDs offered a digital method of storing data.
Digital entertainment in console gaming terms goes back even further, to the early 1970s. These early consoles included the very first gaming console from a company called Magnavox, and slightly later titles from the likes of Atari and Nintendo.
From then on, digital entertainment has offered consumers a constantly shifting experience of new media products. This went understandably went into a whole new dimension with the advent of the internet in 1989.
How digital entertainment impacts lifestyle
Online entertainment is now a huge part of the entertainment industry and one that impacts virtually everyone on the planet. This has seen a huge increase in recent years, with the development of mobile technology constantly improving.
Nowadays, a huge proportion of the world accesses most of their entertainment online. Streaming services of film and television have never been bigger, and consistently threaten older more established media such as cinema and recorded music.
The rise of online casino games is part of this influx of new entertainment trends having a significant impact on daily life.
The move of casino gaming from traditional venues to an online environment can be attributed to several reasons. A major point is that online casino games provide a more convenient way to enjoy gaming.
Players looking to enjoy the latest casino games can do so in the comfort of their own home, without needing to worry about travel to a physical venue.
Another significant change in entertainment habits is closely related to the huge boom in mobile devices. A recent report revealed that in most countries the primary digital device is now the smartphone.
Smartphones are used for practically every part of modern lifestyle, taking in communications, work and entertainment. When combined with the potential of always being online, the use of mobile devices is another clear way that digital media is influencing everyday life.
A move to digital streaming
This switch from older media and establishments to a more up to date version of online gameplaying looks set to continue.
Indeed, recent surveys have shown that for members of Generation Z, their favourite activity is playing games rather than watching film and TV. No surprise there, but the big difference is how the games are accessed.
Old forms of physical media are now being supplanted by streams of digital content. This has had a huge impact on how the various entertainment industries move forward.
The importance of storing playing data from games on the cloud is another particular feature of the move online.
This is another development that minimises the need for hardware and additional memory storage. When players have the option of accessing all of their playing data simply by being online, it frees up a lot of computing power. It also makes it easier to transfer files and communicate with other players in a network.
As previously noted, video streaming is another massive digital entertainment development that impacts virtually everyone.
Subscription Video On Demand (SVOD) such as Netflix, YouTube and Amazon Prime have been consistently reaching new heights of viewing figures over the last few years. The trend for watching more on-demand TV and film content has also had a massive impact on traditional TV services.
There is now a struggle for terrestrial TV networks to continue to appeal to their core marketplace. It is of great significance that most major TV and radio stations have catch-up apps and on-demand services of their own.
The real challenge will be to make the most of a busy online environment and continue to generate a healthy revenue stream.
Digital entertainment trends affect everyday life in a similar way that new technology always does. First, there is a new technological leap that is fine-tuned, developed and marketed to consumers. From then on, it is adopted by society and used in different parts of daily life.
As digital and online entertainment trends become ever more immersive, human lifestyle and behaviour looks set to develop and change along with it.