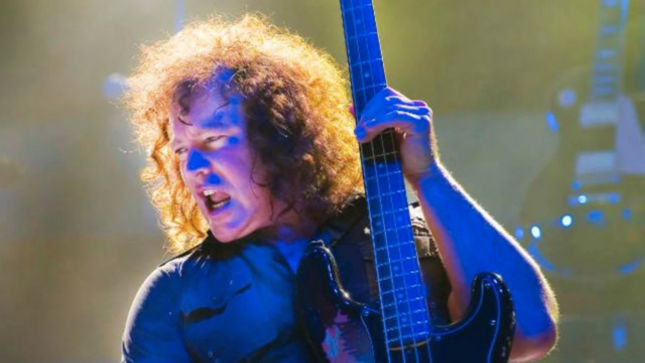 Yuletide rock opera ensemble, Wizards Of Winter, are kicking off their An Evening With Wizards Of Winter holiday music experience today in Ft. Lauderdale, FL. The tour will hit 21 US cities, coming to a close on December 29th in Harrisburg, PA. This nightly two-and-a-half hour show is theatrical fun for the entire family.

The Wizards Of Winter feature original members of the Trans-Siberian Orchestra, so it comes as no surprise that in addition to performing an entire set of original holiday music at each stop of their rock opera tour, the group will also perform select TSO favorites, including "First Snow", "Queen Of The Winter Night", "Christmas Eve In Sarajevo (12/24)", and "Christmas Nights In Blue".

The Wizards Of Winter are pleased to announce that long-time Ted Nugent bassist/vocalist Greg Smith (pictured above) will be joining their ensemble on the road beginning December 3rd in Concord, NH through December 20th in Chicago, IL. Smith has also played bass and performed backing vocals for artists such as Billy Joel, Alice Cooper, Ritchie Blackmore's Rainbow, Alan Parsons Project, Blue Oyster Cult, Dokken, Vinnie Moore, Wendy O. Williams of the Plasmatics, and many more. Smith was also the principal bassist and backing vocals for the Tony Award-winning Billy Joel and Twyla Tharp musical Movin' Out for its entire three-year run on Broadway, in addition to one year on the road.

"I'm very excited to perform with the Wizards Of Winter for 11 shows and am looking forward to meeting the fans," states Smith. "Drummer Tommy Ference and I have been friends for a few years now. When the Wizards needed someone to fill in for some shows, Tommy called me and asked if I was interested. I thought it would be great - the music is fun and challenging!"

Tickets for An Evening With Wizards Of Winter are on sale now and available for purchase via wizardsofwinter.com/tour-dates/ or directly from the local venue.