WOLFGANG VAN HALEN Discusses Relationship With His Mother VALERIE BERTINELLI - "Sarcasm Is A Language, And That's How We Communicate" 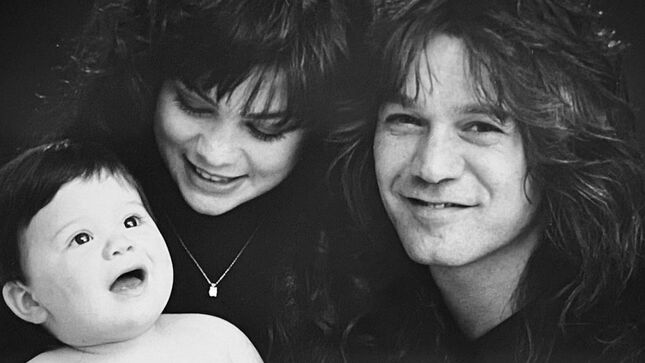 Speaking to PEOPLE in this week's issue, Wolfgang Van Halen opened up about his tight-knit relationship with his mother Valerie Bertinelli and how the grief following the death of his father Eddie brought them even closer together.

"My girlfriend and I pretty much go over to my mom's house every day to see her and play with her cats that we love," the 30-year-old musician tells PEOPLE.

"I think a lot of people don't understand how sarcastic our relationship is," he adds. "One time, she burnt onion rings. And it's like, she has a cooking show, so I just made fun of her for it. I asked her if I could post it. We get in GIF battles all the time on Twitter. Sarcasm is a language, And that's how we communicate!"

Wolfgang Van Halen is set to launch a new SiriusXM show, Top Of The Pack, which will honor some of the biggest acts in classic rock.

The show is set to debut June 11 at 5 PM ET on Sirius XM’s Classic Rewind on channel 25, as well as on the SXM App. New episodes will air monthly.

The first episode of Top Of The Pack finds Van Halen marking the 30th anniversary of Van Halen’s 1991 album, For Unlawful Carnal Knowledge, while also sharing music by Guns N’ Roses, Peter Gabriel, Aerosmith, and the Police. Wolf will also share a handful of songs from his debut self-titled album as Mammoth WVH, also arriving on June 11.

The self-titled debut album from Mammoth WVH will be available worldwide on June 11 via EX1 Records/Explorer1 Music Group. A pre-order for Mammoth WVH in various configurations - including exclusive colour vinyl as well as limited autographed copies via the band’s online store - can be found here.

"Think It Over" lyric video:

"Don't Back Down" video: