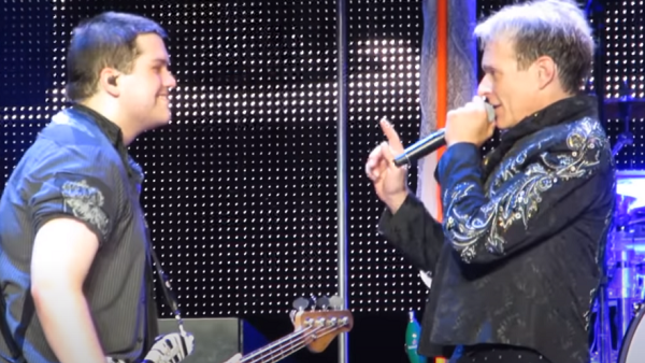 In a new interview with Consequence, Wolfgang Van Halen was asked for his thoughts on David Lee Roth's recent announcement that he is retiring. Wolf's response:

"Dave is very much a one-of-a-kind sort of guy. We don't really talk, if ever. We were always cordial on tour together, but it's not like I've spoken to him at all in the last six years. But, I mean, he's fucking David Lee Roth. I'm so happy for him and for everything that he's accomplished. And he's just a phenomenal... he'll always be one of the best."

Speaking with the The Las Vegas Review Journal in October, Van Halen frontman David Lee Roth announced his retirement in a feature puublished on October 1st.

Roth: "I'm retiring. This is the first, and only, official announcement. You've got the news. Share it with the world. "I'm not going to explain the statement. The explanation is in a safe. These are my last five shows."

"I am encouraged and compelled to really come to grips with how short time is, and my time is probably even shorter. I know that when I am in the audience, whether you come out with a ukelele or a marching band, all I ask is you give me everything you've got to give. That's what I did for the last 50 years. I'll give you all I've got to give. It#s been an amazing, great run; no regrets, nothing to say about anybody.

The five shows Roth is referring to Roth is his return to House Of Blues inside Mandalay Bay in Las Vegas, Nevada for a new residency that kicks off New Year's Eve.