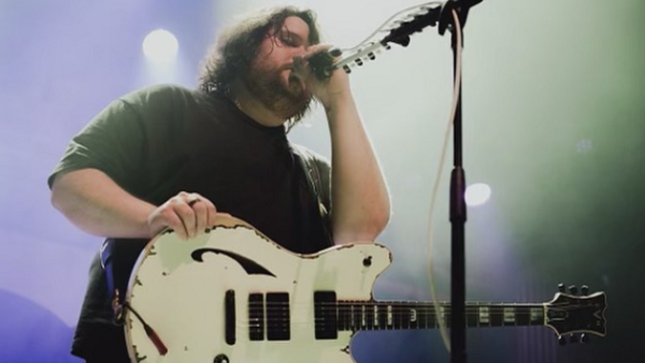 Guesting on the Walking The Floor podcast hosted by Chris Shiflett, Wolfgang Van Halen discussed his forthcoming signature semi-hollow guitar and how it pays tribute to his father, guitar icon Eddie Van Halen. Check out the full interview below.

Wolfgang: "There are so many people who are like, 'Why don't you develop your own guitar?' It's like, 'I've been doing that this whole time.' We're developing a guitar I'm very excited about. I'm calling it the SA-126: Dad's birthday is January 26. He named a song, '316', after my birthday. SA (means) semi-acoustic; that's been the code name, and the more I've sat with it, the more I really like it. It has one f-hole, but we've modified it so it's an E-hole, for dad. I'm really stoked about it, and I think people are going to dig it when they see it."