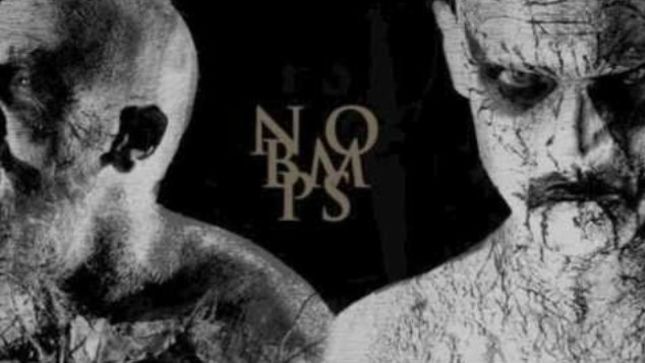 Woods Of Ypres frontman and multi-instrumentalist David Gold tragically passed away in 2011, just prior to the release of the band's fifth album, Woods 5: Grey Skies & Electric Light. In 2010. Gold launched a side-project dubbed The Northern Ontario Black Metal Preservation Society featuring himself and former Woods Of Ypres bassist Aaron Palmer. In an interview with Metal Underground, Gold described the project as "a two-man, dual-vision, multi-instrumentalist switching black metal band inspired by and exclusively about Northern Ontario. The formula is as follows: We both write one song each on which we perform the vocals, guitar, and bass and then we drum on each other's song (so for example I drummed on Aaron's song and he drummed on mine), then, we release them exclusively and independently on 7" vinyl, with MP3 downloads."

Today (June 3rd, 2020), Gold's mother Esther Gold pointed fans in the direction of a lyric video for "Northern October" created and released by Velvet Lightmoth in 2019, which was largely overlooked. Mama Gold, as she is affectionately known by Woods Of Ypres fans, posted a link to the video with the following message:

"Those painted faces are David Gold and Aaron Palmer. Their photos were taken in my yard... the make up artist had fun making Aaron and David into beings from another dimension! The fun part was after the photo shoot I had people visiting, and no big deal, Aaron and David all face painted, And we sat around talking having some beer and food... just another day at David's home with mom! Hope you enjoy this song!"