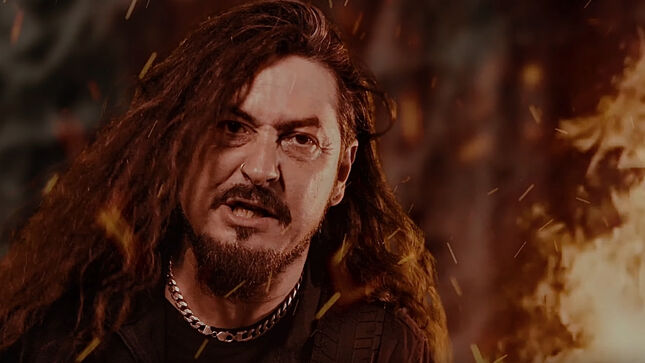 Xentrix have released the official video for "Seven Words", the title track of the band's new album, out November1 via Listenable. Watch the clip below, and pre-order the album here.

Hailing from the North West of England, Xentrix was formed in 1985 by guitar player Chris Astley. After numerous changes to the line up Xentrix signed to Roadrunner Records and entered the studio to record their first album Shattered Existence with producer John Cuniberti (Vio-lence, Forbidden, Joe Satriani).

Xentrix were one of the leading lights of the British thrash metal movement. They had music videos which all had regular air time on MTV’s Headbangers Ball. Gaining global notoriety, Xentrix  had many high energy performances with audiences of thousands.

Xentrix released their comeback album Bury The Pain in 2019 with production from Andy Sneap and Mastering by Russ Russell, this new recording showed the band sounding heavier than ever, while still retaining their signature sound.

Seven Words is the 7th studio release from Xentrix and is a crushing compendium of all that has made this band what it is today. New tracks such as “Reckless With A Smile”, “Anything But The Truth”, “The Alter Of Nothing”, “Everybody Loves You When You're Dead”, and the title track “Seven Words” will take their rightful place next to the Xentrix classics.

Xentrix’s guitarist Kristian Havard Comments: “This LP is the culmination of the last 2 years of us experimenting and trying new ideas. It feels like a big step forward for the band, but without stepping away from our Thrash Metal past and I can’t wait for people to hear it.”

Recorded in the UK at Backstage studios in Derbyshire and Viscon studios in Lancashire, the album was mixed and mastered by Andy Sneap (Judas Priest, Exodus, Megadeth) and returning to create the cover artwork was Dan Goldsworthy (Accept, Corpsegrinder, Alestorm) 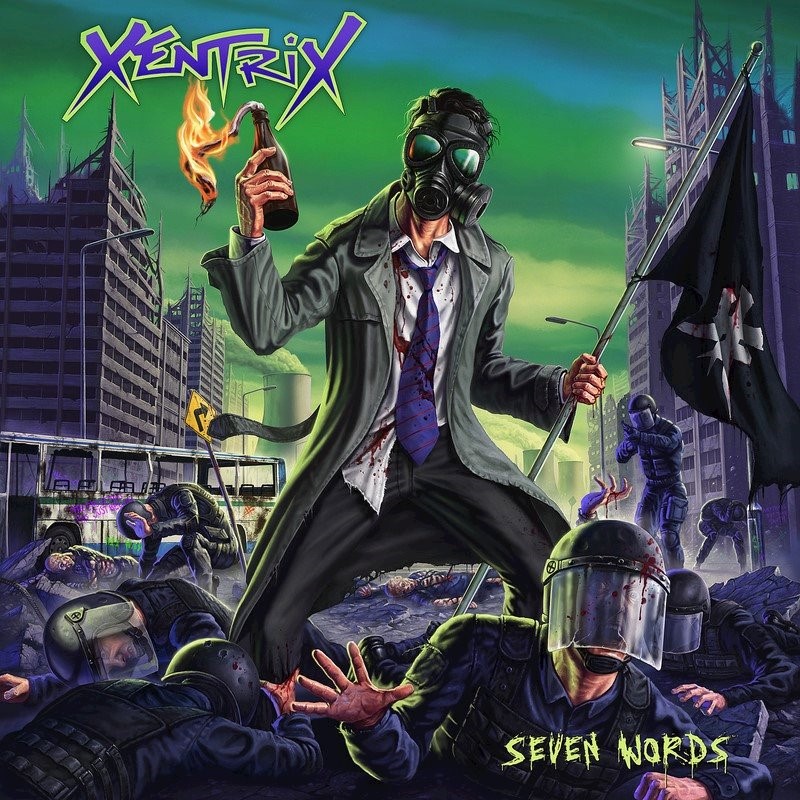 Xentrix will return to the road on the MTV Headbangers Ball Europe Tour 2022, alongside Vio-Lence, Whiplash, and Artillery.

Guitarist Kristian Havard comments: “We’re very honoured to be included in this line up of legendary thrash bands and we can’t wait to get back to mainland Europe and play some shows especially after all the Covid cancellations. This tour is going to be the perfect way to end 2022 and hopefully say goodbye to all the restrictions of the past two years. The MTV Headbangers Ball tour will see Xentrix breaking new ground as we’ve never played in Denmark and Sweden. I recommend that people start to warm up those neck muscles now as these gigs are going to be brutal!” 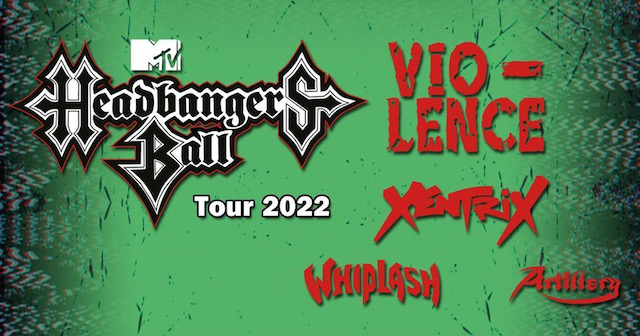