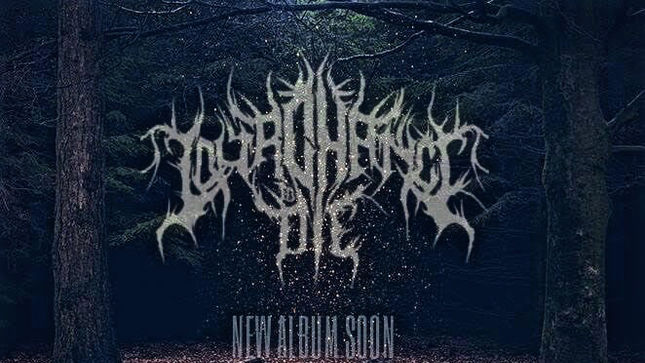 On signing to EMPUG, frontpersons Missi Avila and Som Pluijmers said, “Your Chance To Die is honored to be a part of the EMP label group family. We are very excited about our future with EMP, the new record that we have written, and are very thankful for this amazing team we now have behind us. We have worked very hard on our new songs…to become a new band…with different, new, music…and now a great label. We are very excited to have finally have a team that believes in us to release the new album."

EMP’s A&R Director and Operations Manager Thom Hazaert says, “We are beyond thrilled to welcome YCTD into the EMP Family. They truly are bringing something new and interesting to the Extreme-Metal table, and we’re very excited that we’re able to partner with them to bring it to the World. Obviously, many in the extreme metal world are familiar with Som’s amazing work in Cerebral Bore, and I am confident soon YCTD will be a household name in that regard as well.”

YCTD has released 2 full-length records (Suscitacio Somnus 2011; The American Dream 2013), and are currently finishing up in the studio with producer Jamie King (Between The Buried And Me) working on their third full-length album, entitled Ex Nihilo, to be released by EMP Label Group in early 2017. It will be the first record to feature Thomas White and Ron Dalton, as well as the first with the dual vocals of Missi and Som.

YCTD has a long touring record, including opening national tours for bands like Origin, Wednesday 13, King Parrot, Arsonists Get all The Girls, and Beyond Creation. They are currently booked by Jacob Devries at Tone Deaf Touring Agency in the US, Mike van den Heuvel at Loud Noise agency in Europe, and managed by Mark Kloeppel of Extreme Management Group. They have toured as a headlining act in Central America and Mexico, and, most recently, toured Mexico as direct support to extreme metal titans Cryptopsy.

YCTD brings energy and passion to the stage, and is poised for world-wide momentum as they release their new record, Ex Nihilo, with EMP Label Group.