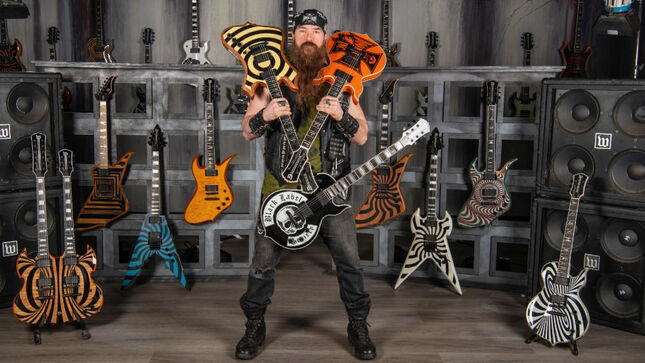 During his latest installment of Sunday With Ola, The Haunted guitarist and Solar Guitars founder / owner Ola Englund spoke with Zakk Wylde about the upcoming Pantera tour. During the chat, Wylde discussed how he got involved with doing the tour, and revealed some of the songs the band might perform.

Ultimate Guitar's David Slavković recently caught up with Wylde, who discussed various topics, including the much-talked-about Pantera reunion, his guitar playing, and his guitar course called Zakk Wylde Berzerker Guitar Camp. Following is an excerpt from the interview.

UG: Since this was kind of a surprise that the (Pantera reunion) tour was announced this year, and on the other hand, this is an idea that was kind of in the making for years — for how long have you been discussing this? Or did this just happen? Did you ever discuss this with Vinnie Paul while he was still alive? How did this come to be?

Zakk: "The fellas… there was always word about that going around. And I just always said, 'That's up to the guys.' It's almost kind of like, the way I always viewed it, if Mitch Mitchell and Noel Redding called up Eric Clapton because Eric and Jimi, they're all friends. And they're just like, 'Eric, we're gonna get together, and we're gonna go honor Jimi. Would you sing and play Jimi's stuff?' Of course Eric would do it. I mean, that's his buddy. Of course, I would do it.

It's like, 'Zakk, would you ever do it?' It's like, 'Well, of course I'm going to do it. Why would I not?' I'm going to do best job I can, obviously, but that's not my decision, that's the guys. Back in the day with Vinnie, there were discussions, and then, after Vinnie passed away, I didn't think anything would ever happen. I remember Phil (Anselmo) called me one night, and was like, 'Zakk, me and Rex would really love it if you would honor Dime.' And I was like, 'Of course, guys, I would always be here to honor Dime and all your achievements.' The way I looked at it - it's just a bunch of friends getting together, honoring their buddies."

Pantera's 2022 tour itinerary is listed below. Currently, the band has not revealed plans to play any shows in The United States or Canada.