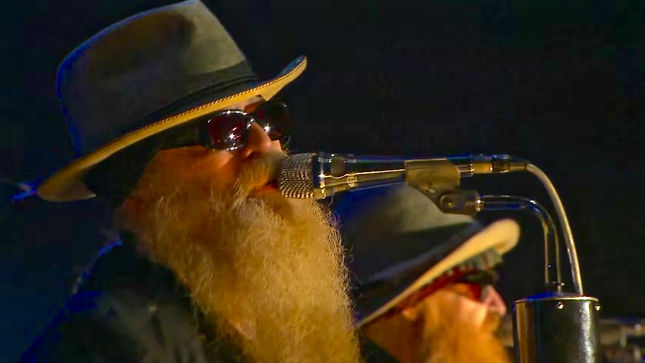 With seven Billboard Top 10 albums to their name, multiple Platinum album certifications all over the world and a place in the Rock And Roll Hall Of Fame, the legendary ZZ Top are officially the world’s longest running rock band with its original lineup intact. Now after over 45 years together, the Texan trio are finally set to release their first official live album, Live - Greatest Hits From Around The World, out in North America on September 9th.

Live - Greatest Hits From Around The World picks the greatest moments from ZZ Top’s illustrious back catalogue captured with the phenomenal energy of their renowned live performances. It covers the breakthrough hit “La Grange” plus three snappy blues-rock classics from the 1973 album Tres Hombres, through to their huge crossover hits – “Gimme All Your Lovin’”, “Sharp Dressed Man”, “Legs” – and then to the present day with their recent collaboration with Jeff Beck on the Tennessee Ernie Ford / Merle Travis “Sixteen Tons” (streaming below).