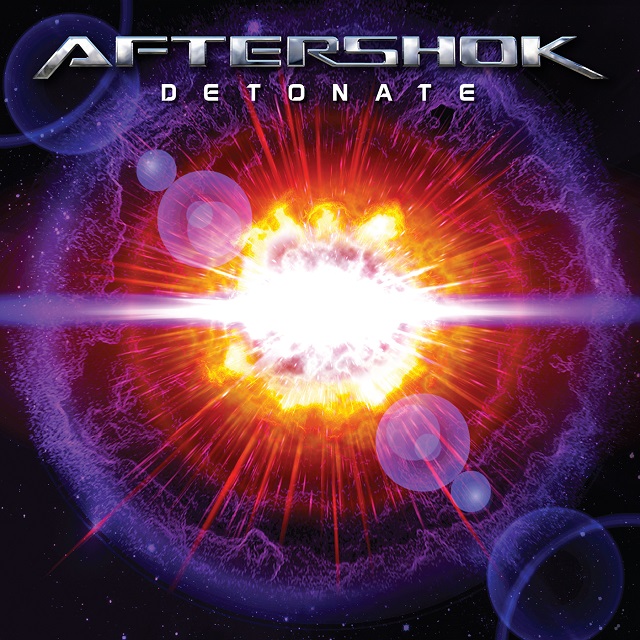 Some hard hittin’ metal straight outta Cleveland. This Aftershok’s third album and first in 11 years. Detonate is some rad trad metal steeped in 1986, but what separates this platter are the mighty pipes of vocalist Gord Sheffroth.

Sheffroth reminds me of current Riot V vocalist Todd Michael Hall, but the Aftershok singer also employs a little bit of a rasp to his voice which brings more character to the music. His presence alone elevates this from being just your average traditional metal album to a very good one.

On the musical side it’s hard not to headbang and fist pump to the ode to our genre of choice, “Forever In Metal” or the rocking nature of “When The Shadow Falls”. The Dio-ish “In The Eye Of The Storm” works well and the neo-classical tinged “Hang ‘Em High” is very impressive. Also check out that rambunctious solo in “Under The Gun”. Easy stuff to lose your mind too.

The problem with Detonate is that it stands at 12 songs (plus opening intro) with a runtime just below an hour. Just when you’ve had your fill of this stuff more is added on. Cut out the ordinary “Friend Or Foe” and the stereotypical “Ready To Rock” and a higher score would be granted. As it stands though, Detonate is a very enjoyable record and if you’re aching for some trad metal, this is a fine place to look.