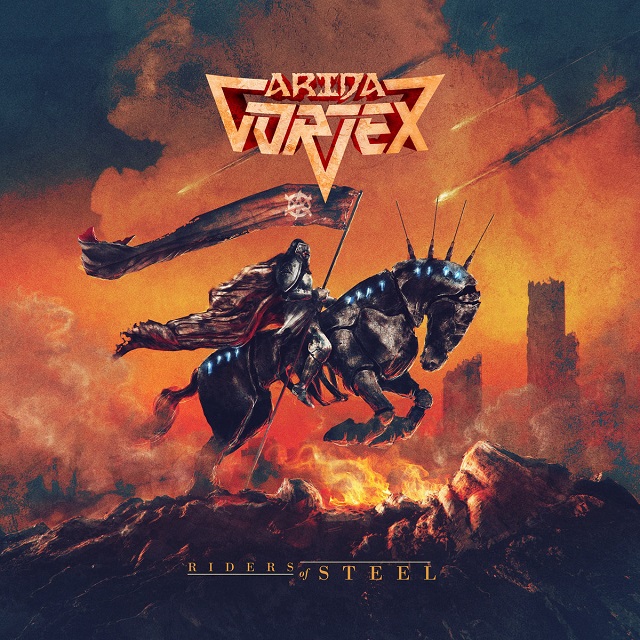 Eighth album from heretofore unknown Russian power metal outfit (despite a 2+ decade history), introducing new singer Evgeny Epishin. While past efforts have included some/all lyrics in their native language, the entirety of these eight proper tracks ("Guests From My Nightmares" is a 2 minute, disjointed musicbox album intro) are in English. Speaking of guests, Masterplan/ex-Helloween guitarist Roland Grapow can be heard, soloing, on one song.

Actually. Asian rhythm infused "Small Toy Soldier" and the blazing, stratospheric voiced title track were released on an EP, two years ago. Both comprise the 1-2 punch to start the album. "We Will Rise Again" is the first totally new offering, a double bass drum exercise in speed and high pitched vocal dexterity. Following on the heels of its Mach 1 velocity predecessor, mid-tempo, power ballad "Run To Nowhere" is prophetic, in title. More like "Walk To Nowhere". Sounding like an 8-Bit video arcade, "My Turn" has the singer up in the mix. Neo-classical guitar work is the name of the game in 2:13 instrumental workout, aka "The Invincible". Wandering between middling and rapid picking changes in dynamics, "Damned And Killed", a rally against politicians who send kids off to war, is the heaviest number, albeit with omnipresent hint of backing synthesizers. Come the guitar break, Grapow's wizardry shines. Acoustic begun "To Be By Your Side", a minimalist, Scorpions styled ballad, ends the record. Glad to (finally) make your acquaintance and will pay attention to your progress from here on out.