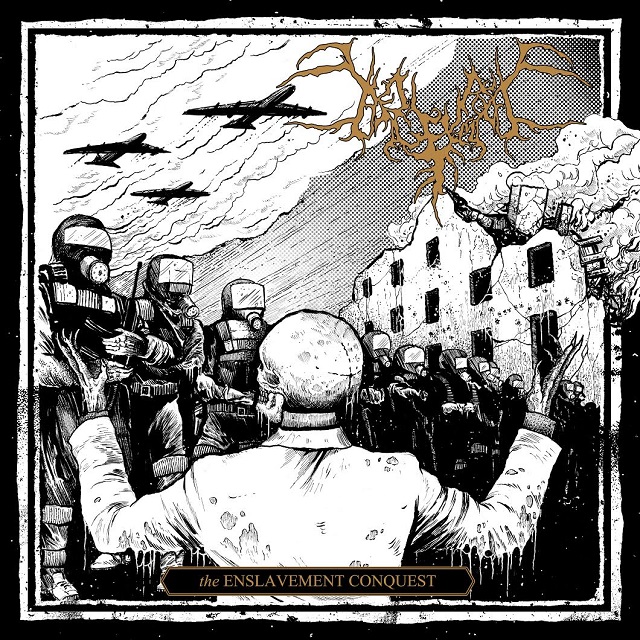 Third album out for this Edmonton horde, and much like their last, 2012's excellent Visions Of The Scourge, this album lays down incredibly vicious blackened death with just the right amount of vibe: the production isn't overbearing, the songs have just enough punk and blackthrash to them to keep it lively and energetic, and the songs are total death metal power. But it's delivered in a way that brings to mind fellow Canucks Revenge, an almost war-metal approach that's still just this side of death. In other words, it's a whole bunch of awesome genres all rolled into one very killer album, the band at this point now that they have a solid three albums behind them facing the one problem most bands this extreme face: how do they make these blurs of chaos stand apart from each other?

But Begrime Exemious (can't ever remember that name, but I do love it) are managing: that mid-tempo part in “Transcendence”, for example, is damn near memorable. Toss in a bit of manic Germanic thrash influence and you've got a great album, one that is even a hair better than their last in terms of memorability and personality. Check out “Conscription Woes”: I think there's even a hummable riff in there, and while hummability is clearly not the goal here (nor should it be), it does make listening to this album even cooler. Plus, a cool cover of Incantation's grimy classic “Impending Diabolical Conquest”? Given that band's influence being another big one on Begrime Exemious' sound, it makes sense that the band totally nail it.