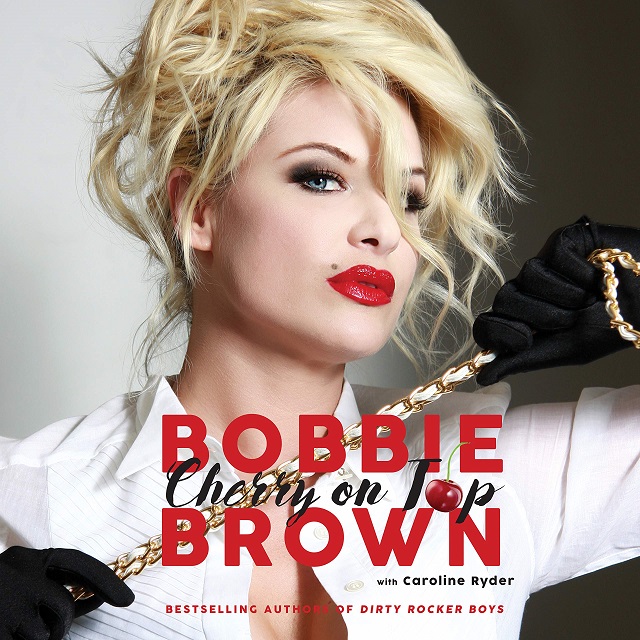 The title is an obvious reference to author Bobbie Brown’s appearance in Warrant’s “Cherry Pie” video. Also known for her failed romances with Jani Lane and Tommy Lee, as well as starring in reality TV show Ex Wives Of Rock, Brown has published the follow-up to her 2013 tell-all, Dirty Rocker Boys. Reading like a diary, Cherry On Top, is Bobbie being brutally honest: “I was that old Hollywood cliché – the small town blonde, fallen from grace, her fifteen minutes long behind her.” After a near-fatal fall down a flight of stairs, Bobbie begins to pursue stand-up comedy as a new career. However, the jokes are temporarily put on hold due to a devastating car crash, and syphilis scare.

Slight overlap between the two books does exist, however Bobbie’s experiences with online dating, menopause, cyberbullies, roommates, and ex-boyfriend Josh, are all-new. Currently 50 years old, Brown admits, “I have never dated a guy older than 34.” As her journey into stand-up comedy continues, the former video vixen cherishes her friendship with Vince Neil’s ex-wife Sharise, laments her “inability to be a ‘normal’ mother,” gets her first taste of chuckle-fucking, admits she has “diva sensibilities,” and continues the “search for the funny.” Similar in nature to a private journal made public, Cherry On Top is full of drama and revelations, yet never really skims beneath the surface.