(Noize In The Attic) 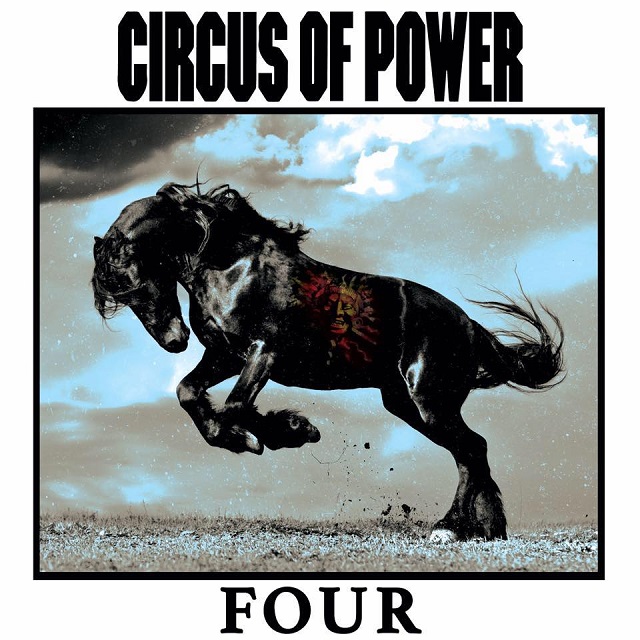 Bad ass biker rockers Circus of Power has returned after a 25-year hiatus with its new full-length album Four. Forming in the ’90s, the NYC band stirred up a decent ruckus with its self-titled debut full-length album, featuring standout tracks “Call Of The Wild” and “Motor,” which received regular airplay on MTVs Headbangers Ball back in the day. On its 14 brand new tracks, the band — led by original frontman Alex Mitchell — has discovered new territories while remaining true to the original COP sound. In addition, new drummer Brant Bjork (ex-Kyuss, Fu Manchu) has joined the ranks and lays down a heavy groove throughout the album.

The Uriah Heep-laden Hammond organ swirls combined with KISS-laden riffs greets opener “Fast And Easy,” delivered with a sleazy swagger recalling the band’s early repertoire. Mitchell’s pseudo Ian Asterbury meets Jim Morrison croon is as unique and soulful as ever. It’s the perfect comeback track. From the soothing desert rock groove of “Flying Into L.A.,” to the psychedelic, stoner rock undertones of “See The Sun,” to the Iggy Pop on acid-like swagger of “Rock Show,” COP delivers like a pro. The glam-laden, T-Rex vocal harmonies of “Hot Rod Girls” seeps into your brain, while the bluesy Doors-esque groove of “Love Sick Blues” is a get-up-and-go rocking track. Fourteen tracks may seem like a lot, but there’s not one dud in the bunch. Man, is this thing good!