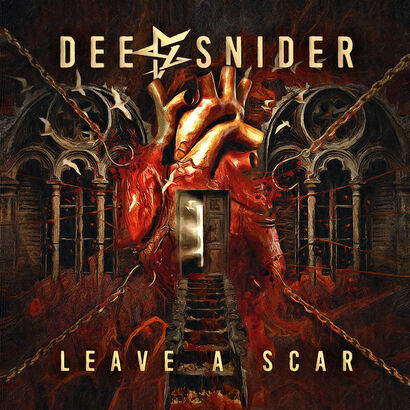 Dee Snider is a name that has become synonymous with the heyday of MTV, Tipper Gore, and definitely not taking it - whatever “it” is. Although a lot has changed in the over thirty years since Twisted Sister found their long lasting popularity in the 1980s, there is one thing that remains the same… Dee Snider wants to rock.

Snider returned from his silent departure from the music and touring industry back in late 2019 with one of the heaviest records of his career, 2021’s Leave A Scar released on July 30th via Napalm Records. With the ever-growing COVID-19 pandemic, current political climate, and the devastating decline of the live music industry, Dee was inspired to once again team up with metal mogul, Hatebreed’s Jamey Jasta, for the follow up of 2018’s For The Love Of Metal. With 12 new tracks to offer on this latest release, Dee has managed to sum up the feelings of almost every hard rock and heavy metalhead throughout the last year and a half starting with the record’s lead off single and opening track, “I Gotta Rock (Again)” (a throwback to the Twisted Sister classic of a similar name) fit with an electrified Dee Snider scream to get things off to a roaring start. He proves in the just over four minute song that his voice has not at all lost its power. The lyrics to this one are some of the most poignant on the record: “Here I go, it’s time to roll again. I gotta rock. This is life. I’m gonna rock until the day I die.”

Although the last two records produced by Hatebreed’s Jamey Jasta prove to be much heavier than anything Dee had previously done during his 40 year run with Twisted Sister, ‘Leave A Scar’ is littered with beckoning melodies that pay homage to the genre in which he came; especially in tracks such as “Silent Battles” and the incredibly euphonious “S.H.E.” Even though some tracks on the record take an AOR style turn, they’re by no means soft. ‘Leave A Scar’ maintains a healthy, punching stamina, keeping the listener entranced from the first note to the last.

As seen on ‘From The Love Of Metal’, Jasta has certainly taken Dee’s most recent works to the next level, encouraging the continued development of Dee’s iconic vocal abilities and helping translate them to a more modern metal sound. Dee’s current line-up, featuring Charlie Bellmore and Nick Petrino on guitars, Russell Pzutto on bass, and Nick Bellmore on drums, has introduced major technicality to the record’s instrumentation and allows the album to move into the direction of varying metal subgenres. The perfect example of this is the track “Time To Choose” featuring Cannibal Corpse frontman, George ‘Corpsegrinder’ Fisher for one of Dee’s most interesting collaborations yet. Fisher’s growls support Dee’s melodic soaring vocals and give the song a taste of modern death metal. Other crushing tracks on the record filled with powerful, fiery riffs include “Before I Go” and “Open Season”, and the album’s second to last track, “The Reckoning.”

It’s clear that Leave A Scar is a skillfully executed continuation of the metal magic started by Snider and Jasta in 2018, and has shown that Dee Snider has not only kept a hold on the metal prowess that made him a heavy metal icon, but mostly importantly has no plans on slowing down anytime soon.