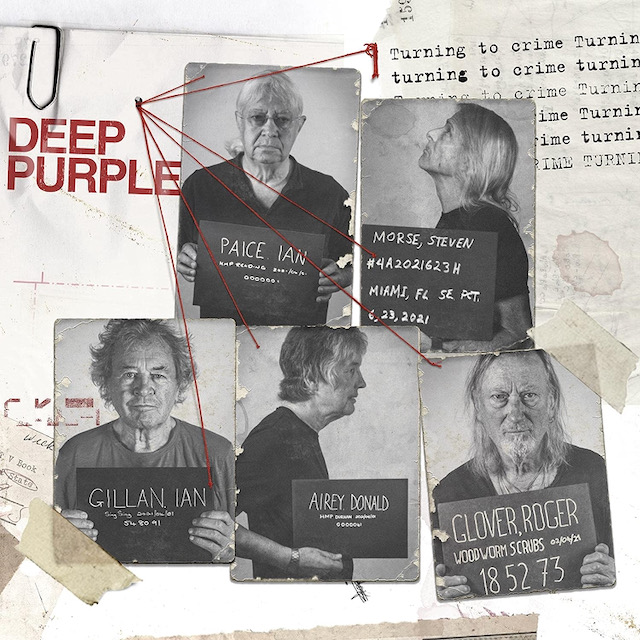 Deep Purple — a band that was one of the first stitches in the quilt of hard rock — are set to release their first album of tracks not written by the band on November 26 via earMUSIC.

The new album entitled Turning To Crime is a powerful example of what many fans initially thought upon the announcement of the record. Deep Purple? Covers? Most certainly a criminal offense. But despite the objections from some fans, Deep Purple; still coming off the high of their 21st studio record Whoosh! released back in August of 2020, has noted that Turning To Crime is an album recorded for pure fun. Roger Glover first teased what would become Turning To Crime last year during an interview during a Deep Purple Faninterview with Anssi Herkkola, stating that the band’s lack of touring due to the COVID-19 pandemic would continue to lead to more time in the studio.

Turning To Crime opens with a reimagining of the 1960’s band Love’s classic track “7 And 7 Is'' and features re-recordings of tracks from bands along the likes of Fleetwood Mac, Bob Dylan, Mitch Ryder & The Detroit Wheels, The Yardbirds, Bob Seger System, Cream, and more. One of the most notable efforts is titled “Caught In The Act” which is an unexpected almost eight-minute medley of songs from Freddie King, Booker T. And The M.G.’s, The Allman Brothers Band, Led Zeppelin, and The Spencer Davis Group that features almost little to no vocals.

Sonically, the group did a superb job in keeping the integrity of all of the tracks chosen while adding the Deep Purple twist; most noticeable to me is the addition of Don Airey’s iconic keyboard sound. Gillian’s vocals are as recognizable as ever and quite strong for a voice that was belting “Child In Time” over 50 years ago.

Steve Morse’s playing and tone are, as always, extremely pleasant to the ear and kept me entranced throughout the album; especially in his recreation of the solo from The Yardbird’s track “Shapes Of Things”. With that, my hat always goes out to Morse who has filled the shoes of original guitarist Richie Blackmore since ‘94 and manages to knock it out of the park with tasty riffs and solos every time. And we simply can’t forget the classic Deep Purple rhythm and groove given to us by drummer Ian Paice and bassist Roger Glover.

My one gripe with Turning To Crime is that the selection of songs was rather predictable in the sense that it makes perfect sense for Deep Purple to cover a track like Cream's “White Room”. It’s obvious that Deep Purple is targeting their efforts to their most prominent demographic whom they’ve already won over long ago, but I wish the band would’ve taken a different approach — maybe even covering songs from an artist or era that we wouldn’t have necessarily expected.

Despite wanting the band to step a bit outside of their comfort zone, the band’s latest efforts have continued to surprise fans with their level of quality; and I am still incredibly elated that 53 years after the band’s debut in 1968, Deep Purple are still recording and releasing music new (or in this case old), for rock fans of multiple generations to continue to enjoy.