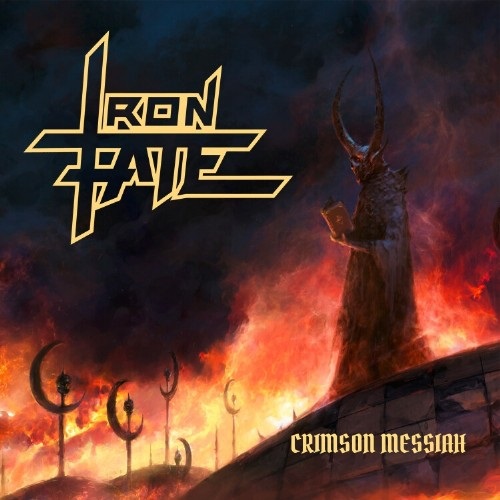 German outfit, laying somewhat dormant, for over a decade, returns with one of the hottest properties in the underground: a mix of high pitched (Queensrÿche/Fates Warning/Crimson Glory) inspired American ‘80s metal, with the occasional tinge of thrash aggression. No, not the MTV or Sunset Strip versions of "metal," but what was lurking in the grooves of compilations like the Metal Massacre series. To that end, Jag Panzer/Three Tremors/Titan Force/Satan's Host screamer Harry Conklin adds his considerable voice to "Crossing Shores" and there is a bonus (on CD format) of Black Sabbath's "Lost Forever" (off The Eternal Idol).

Energetic kick-off, with the title cut residing somewhere between the Ryche's initial EP and slightly technical John Arch sung platters from the mid-Eighties. Good stuff and intriguing enough to suck in even the most jaded metalhead. "Malleus Maleficatum" (also the title of the Pestilence debut, translates to Hammer Of The Witches, a 1483 book, written by a German Catholic clergyman) ups the ante, vocals venturing into Midnight (ex-Crimson Glory) territory. Down-shifting to smooth throat mid-tempo, "We Rule The Night" is the slightly commercialized vein of traditional metal at which Dio excelled.

The aforementioned "Crossing Shores" has the Tyrant in a duet with the Fate's Denis Brosowski, adopting a lower register, much of the time. Jangly guitar interplay and Tate-ish vocalizations give "Mirage" (apt title) the feel of the more famous Seattle Mindcrime merchants, particularly the chorus. Acoustic strumming introduces the nearly ten minute "Strangers (In The Mind)". Eventually, the whole band gets involved, and while the intensity is ratcheted up (slightly), the tune remains subtle and restrained throughout the initial 2/3. A ballad, if you like, which is suddenly broken by a wall of galloping guitar melodies and lofty vocal highs. Feels like a bit too exaggerated endurance for the eventually (albeit fulfilling) payoff. Ultimately ending, as it began, just the singer and electric-less six-string.

Classy. People are losing their minds over the eponymous Helloween album. If just 1 in 10 of them would give Iron Fate a listen...