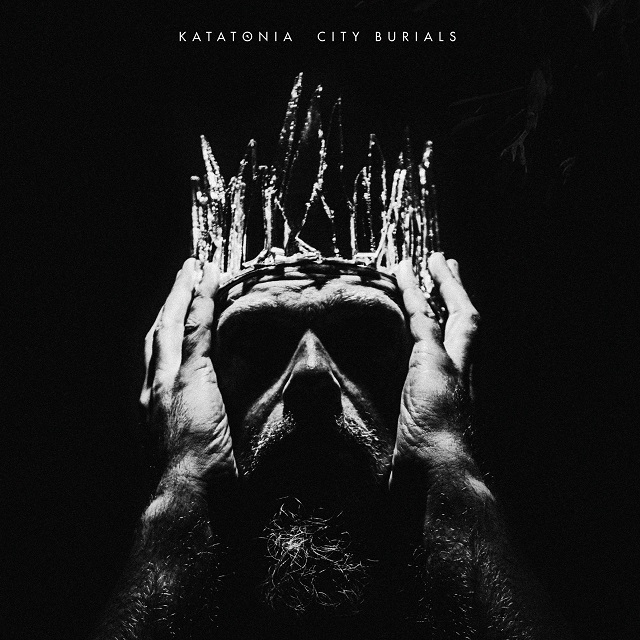 The immediacy with which City Burials, Katatonia’s eleventh full-length, begins is absolutely striking, this effort announcing from its very initial moments that Katatonia remains bold, visionary, and ambitious. After almost thirty years most bands either contentedly or apathetically resign themselves to continue the formula that’s brought them this far but Katatonia, impressively, has never stopped pushing its creative boundaries, each album feeling like a genuine expansion and the work of meticulous and ambitious (there’s that word again) artists. In a discography defined by progression and growth, City Burials sounds like the pinnacle.

So, yes, as album opener “Heart Set To Divide”’s opening moments occur, even long-time followers of Katatonia are left impressed at just how beyond anything else this record sounds, both creatively and sonically. Let’s talk about the production first: While Katatonia albums, especially over the past decade, have consistently sounded crisp and clear, City Burials is next-level in every sense, the album sounding like a very expensive, major-label priority, which is totally fine. From a production standpoint, Katatonia has never sounded this sleek, this perfect, and this well-rounded, and the sonic qualities here very much suit the songs that they convey.

In terms of the song-writing, City Burials is both firmly a Katatonia album and also unlike anything the band has done before. While incremental change has always been the hallmark of Katatonia’s existence (a band doesn’t get from Dance Of December Souls to City Burials over the course of just a two-year album cycle, right?), City Burials makes even previously ambitious Katatonia albums seem small in comparison, which is saying something given how distinguished Katatonia’s entire discography is. Whether it’s soaring rock tracks (“Behind The Blood”, “Fighters”) or darkness that, truly, defies genres (“Lacquer”, “Vanishers”), it’s clear that Katatonia is pushing creative boundaries like never before. And then, in the midst of it all, we also find “The Winter Of Our Passing”, a classic-sounding Katatonia track that could be on any album between Tonight’s Decision and The Great Cold Distance. It’s a reassuring nod to the past, even as the present musical state of the band impresses greatly.

It’s been said before about previous Katatonia albums, but this time it feels truer than ever: where can the band possibly go from here? Almost thirty years after the debut, Katatonia has brought its creative ambition to what seems like its zenith. Which is striking, in a career that has been filled with only striking albums.