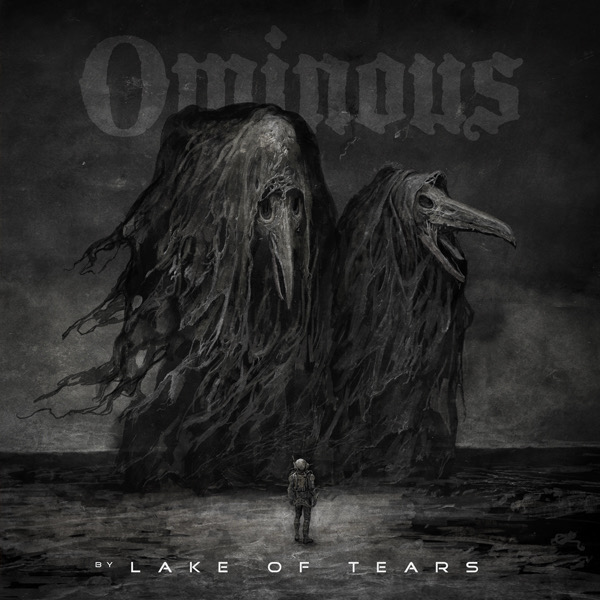 Have followed the start-stop career of these eclectic Swedes (characterized by mastermind/lone constant, and now sole musician, Daniel Brennare) from the atmospheric doom, through psychedelia, flirtations with melodic black metal and spacey Pink Floydian meanderings, during the course of the last 26 years. This is the first studio effort in a decade and as with most of his "recent" output, Ominous exhibits the duality of D.A.D. minimalism, in concert with (like-minded, longterm, genre defying Swedes) Tiamat's shape-shifting proclivities. Dirge driven, spoken-word rock abounds within these eight offerings, varying in length from 2:58 "Ominous One" to nearly eight minute "Cosmic Sailor" closer. An aptly entitled "Gloom" is available as a bonus cut, on select editions. Comprised of mournful violin, acoustic guitar and lo-res recorded vocals, it has a rootsy, blues/Americana (Woody Guthrie) ballad feel.

The only consistency is change seems to be Brennare's mantra. Bouncy sci-fi synth and electronic/modulated vocals kick off the mechanized disc opener, "At The Destination". Could envision this atypical one being co-opted by many Euro dancefloor DJs. "In Wait And In Worries" is as depressive as the moniker portents. An acoustic guitar jangles atop belabored speech, for the initial third of its 6:47 length. Gradually, distant strains of violin flesh out an expanding soundscape. Do the lyrics "This will be my last transmission. The bond is breaking. There is no communication. There are no signals coming in and there is no new direction," have a significance beyond the song?

"Lost In A Moment" is about as close to traditional (Lake Of Tears) song structures as it gets: a slow, bass heavy beat. Piano and dissonant strokes of the violin greet the brooding plod of "Ominous Too", standing in stark contrast to the poppy sensibilities of its partner, "Ominous One", which immediately precedes it, in the running sequence. "One Without Dreams" starts with drums and intermittent guitar notes, before things get heavier, albeit no increase in intensity, nor speed. Closer to post-punk experiments in new wave (proto-Goth?) than hard rock/metal. It closes with a repetitive electronic hum, that segues into the joyfully entitled "The End Of The World", an, ahem, ominous symphonic piece completely devoid of lyrics, apart from the sounds of someone gurgling/gasping for breath. "Cosmic Sailor" has a false end, when a minute of "dead air" (actually a low hum) is broken by a short interlude of tribal drumming and jangly guitar.

Definitely not one to play at a party (unless you want to send everyone scurrying for the exit). In fact, probably not a disc to play for anyone but yourself, alone in a dark room. Self-meditation (medication?) specialty!